Bird Watching Cape Cod and on the Surrounding Islands

Depending on the season and the direction of the wind, birdwatchers can spot a wide range of bird species on Cape Cod. During nesting season, for example, several different shorebird species–including laughing gulls and piping plovers–set up 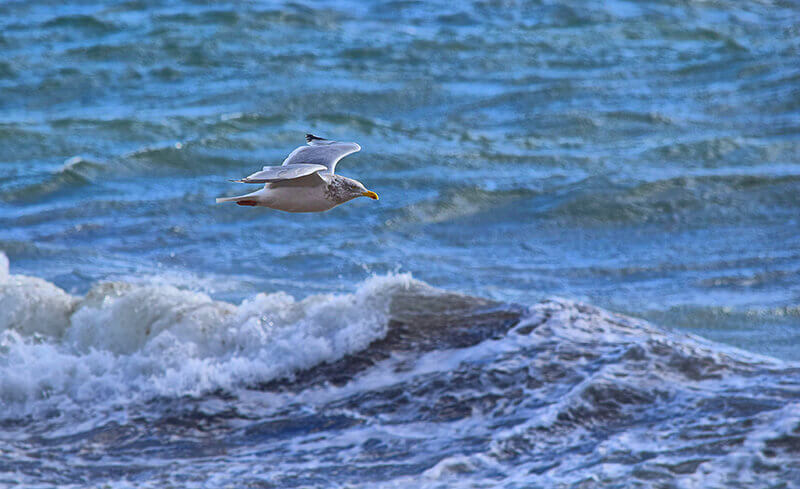 camp on the beaches. During migration season, strong gusts of wind can bring rare bird species, like snowy owls, to the islands. Whatever time of year it is, you’ll be sure to spot something interesting at one of these Cape Cod birding hubs:

Cuttyhunk Island (Gosnold) sits at the end of the Elizabeth Islands, just off Cape Cod in Buzzards Bay. Buzzards Bay is an important habitat for waterbirds, as well as a stopover location for migrating birds. In the spring and fall, birds often congregate on Cuttyhunk Island, as it’s the first (heading north) or last (heading south) landmass in the bay. As a result, birdwatchers can sometimes spot rare birds, like the painted redstart, in this migration funnel. More common bird sightings on the island include tree swallows, blue jays, the common grackle, and the double-crested cormorant. 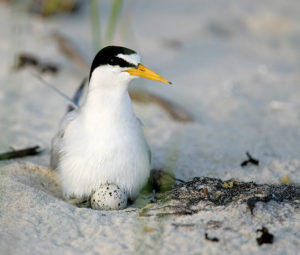 Fort Hill (Eastham) is an expansive historical district that encompasses forests, open fields, and salt marshes in Eastham. The district’s varied terrain attracts a wide variety
of bird species. In fact, birdwatchers have recorded seeing more than 280 different species of birds at Fort Hill. In the fields, birdwatchers can observe marsh wrens, seaside sparrows, and saltmarsh sparrows. In the saltmarshes, high tide brings shorebirds like royal terns, spotted sandpipers, and yellowlegs to the banks of Fort Hill.

High Head and Pilgrim Heights (Truro) are located in a desolate section of the Outer Cape that’s covered in a blanket of rolling, shifting sand dunes. Many birdwatchers make the trek to these remote historical sites for the chance to spot hawks and other birds of prey circling the sand. These majestic birds include the Mississippi kite, a graceful gray and white bird of Wellfleet Bay Wildlife Sanctuary encompasses salt marshes, sandy barrier beaches, and pine woodlands, and is home to threatened shorebirds, sea turtles, diamondback terrapins, and horseshoe crabs. Birdwatchers have spotted more than 300 species of birds in the various ecosystems of the wildlife sanctuary, including endangered bird species like the American kestrel, the northern bobwhite, and the northern harrier. More common sightings include green herons (in the marshes), laughing gulls (on the beach), and indigo buntings (in the woodlands). Pochet Island (Orleans) is a small private island that’s accessible by bridge from the northern end of Pleasant Bay. The island consists of wide-open fields dotted with cedar groves, which make it an attractive habitat for all kinds of seabirds and shorebirds, including black scoters, herring gulls, and northern gannets. In the cedar groves, birdwatchers can find ruby-crowned and golden-crowned kinglets, as well as other migratory birds. Overhead, birdwatchers can also sometimes spot northern harriers and other birds of prey circling the island.

Race Point Beach (Provincetown) is located on the very tip of the Cape Cod peninsula. This desolate section of the Outer Cape is an ideal place to watch seabirds and shorebirds. The beach is often crowded with hundreds of terns, including rarer 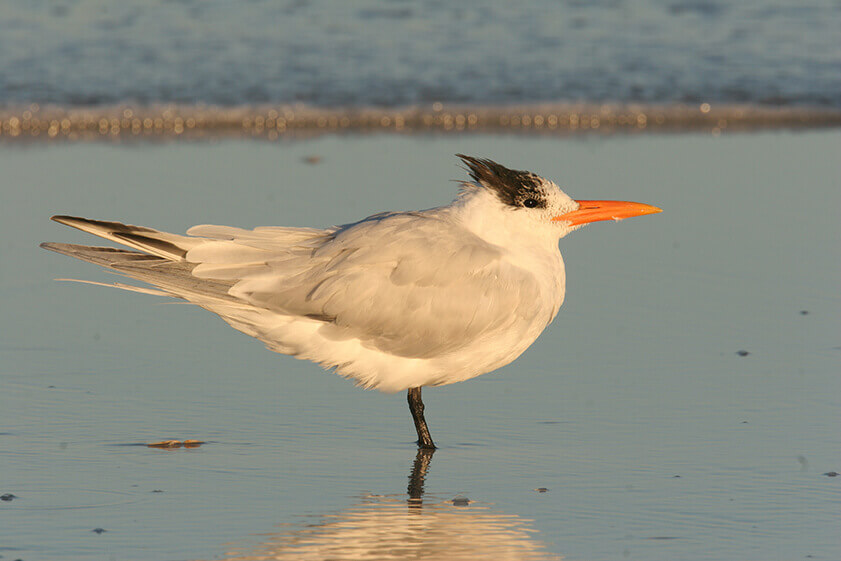 roseate terns and black terns, and dozens of plovers, including black-bellied and piping plovers. Just off shore, birdwatchers can spot common loons, red-throated loons, and great shearwaters feeding in the Atlantic surf.

Sandy Neck Beach Park (West Barnstable) encompasses a long stretch of barrier beach between the Town of Barnstable Public Lands and the sparkling waters of Cape Cod Bay. Birdwatchers have spotted over 260 species of birds in this coastal park, including some migratory birds, like snowy owls, that rarely visit the Cape. Sandy Neck Beach Park is also an important breeding and foraging site for endangered piping plovers, as well as common, least, and roseate terns.