Discover the archeology and ecology of Cape Cod at the Cape Cod Museum of Natural History in Brewster. The museum, which includes fascinating exhibits on the region’s plant and animal species, is tucked inside a vast 400-acre nature preserve. Visit the museum to see the exhibits, explore the nature preserve, and take part in interactive educational programs. 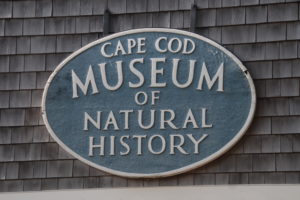 The Cape Cod Natural History Museum was originally the brainchild of local residents who, in the 1950s, were looking for a way to get the area’s children excited about the environment. For several years, this group put on exhibits and ran educational programs for children at Brewster Town Hall. Eventually, the founders moved the museum to the nature preserve near Stony Brook Valley.

Today, the museum includes several permanent exhibits such as an aquarium with more than eighty marine species, a collection of taxidermied birds, a collection of bird carvings by sculptor Eldridge Arnold, a lively butterfly house, and a working beehive. From time to time, the museum also features travelling exhibits or collaborates with local organizations to host exciting temporary exhibits. 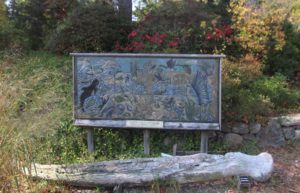 The Cape Cod History Museum stays true to its founding principle by running programs that help children and adults discover their love of the natural world. These programs include nature walks, workshops, panel discussions, and film screenings on issues related to the archeology and natural history of Cape Cod. The museum also runs the Wing Island Bird Banding Station. 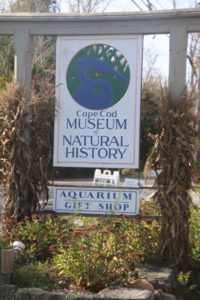 The museum is rooted firmly in its own natural environment. In the Marshview Room, visitors can begin to explore the nature preserve outside the museum by birdwatching through the binoculars or by watching ospreys’ nest on livestream displays. Other exhibits look at how humans have interacted with the area over the last 10,000 years, beginning with the first Native American settlements and ending with nineteenth-century industrialization.

The nature preserve encompasses a wide range of habitats, including Stony Brook Valley, Wing’s Island, the salt marsh, and the ocean beach between Quivett Creek and Paine’s Creek. Visitors can explore these different habitats on the nature trails that crisscross the preserve.