Engaging Performing Arts on Cape Cod and the Islands

Cape Cod and the Islands have no shortage of performing arts centers, due in large part to the way the roots of modern American theatre seem to twist back to the peninsula, particularly the outermost tip of the Cape; Provincetown. 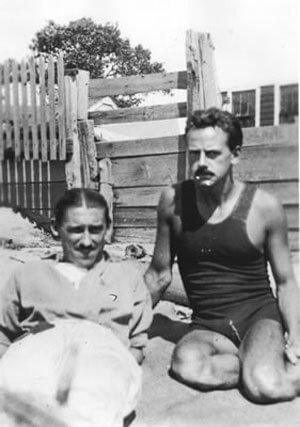 Courtesy of the NE historic Society

In 1915 the Provincetown Players, a creative collective of artists and playwrights disillusioned with the commercialization of Broadway, converted a fish shed on Lewis Wharf into a theatre. Often credited with the birth of modern American drama, these fish house productions launched the careers of Eugene O’Neill, Susan Claspell, and more.

It’s said that Tennessee Williams put the finishing touches on A Streetcar Named Desire In a small artist shack nestled in the Peaked Hill Bars, and that Marlon Brando made his way across the dunes to audition for a role in the production. This legacy of theatre has not been forgotten.

Provincetown hosts an annual Tennessee Williams Theatre Festival to celebrate the connection of the playwright to the Cape.

While Provincetown boasts a strong connection to the performing arts and theatre in Cape Cod, there are plenty of options for live productions and more throughout the Cape and the Islands. 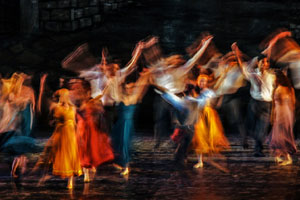 In the Upper Cape, the Cape Cod Theatre Project in Falmouth welcomes audiences to observe and participate in the development of new American plays. They are closing in on their 100th play.

The Mid Cape offers the Cotuit Center for the arts, a thriving arts and culture hub offering a wide range of classes, exhibitions, and productions. They generally put on about eight mainstage performances and eleven blackbox theatre productions each year, as well as concerts, festivals, and other events.

On the Lower Cape, the Cape Cod Theatre Company and Harwich Junior Theatre offer family-oriented shows and multi-generational theatre in West Harwich. The 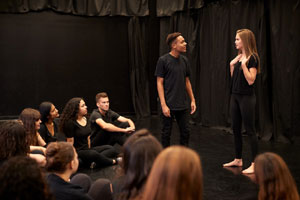 The Payomet Performing Arts Center in North Truro aims for events and productions that reflect strong social values and the beauty of life on the Outer Cape.

Provincetown’s Peregrine Theatre Ensemble, named for the first child born to the Pilgrims while anchored in Provincetown, strives to continue the town’s tradition of high-quality theatre. 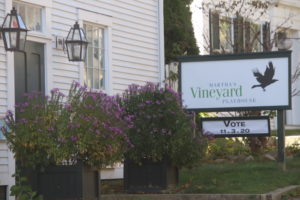