At the Wellfleet Bay Wildlife Sanctuary, visitors can explore the rich natural ecosystems that make Wellfleet Bay one of Cape Cod’s most important wildlife 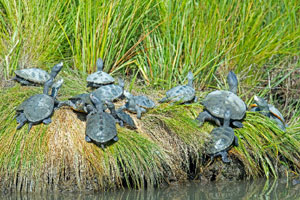 Five miles of trails run through the 937-acre wildlife sanctuary, giving visitors an opportunity to explore all of the sanctuary’s diverse ecosystems. On the Try Island Trail visitors can catch glimpses of Cape Cod Bay through a thick 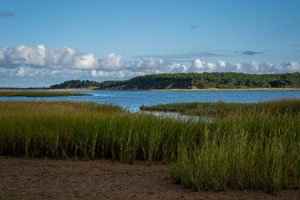 blanket of oaks and hickory trees, while visitors can spot herons, sandpipers, and swallows in the salt marshes that line the Boardwalk. 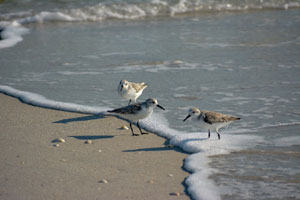 Wellfleet is home to the world’s most northerly population of diamondback terrapin, a species of turtle that lives exclusively in the brackish water of coastal marshes. In the nineteenth century, fishermen hunted this turtle species nearly to extinction. Today, diamondback terrapin populations have mostly recovered, although the turtles remain a threatened species in Massachusetts.