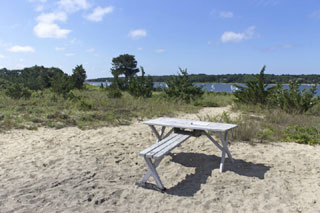 Everyone has heard of Cape Cod’s big islands, Martha’s Vineyard and Nantucket.

Many are also familiar with the Elizabeth Islands and the infamous Chappaquiddick Island. But the Cape has dozens of little isles dotted around its shores awaiting your curiosity that range from tranquil paradises and off-limit retreats to surprises hidden beneath the ocean surface except at low tide. Here is a brief tour of two these lesser-known outer islands located on Buzzards Bay…

Off the shores of Pocasset, Bassetts Island welcomes visitors to the beautiful town-owned beaches on its southern arm, while the northern sections of the island are privately owned. Accessible by boat or kayak, Bassetts offers a little taste of island seclusion that’s very easy to get to. The island is surrounded by 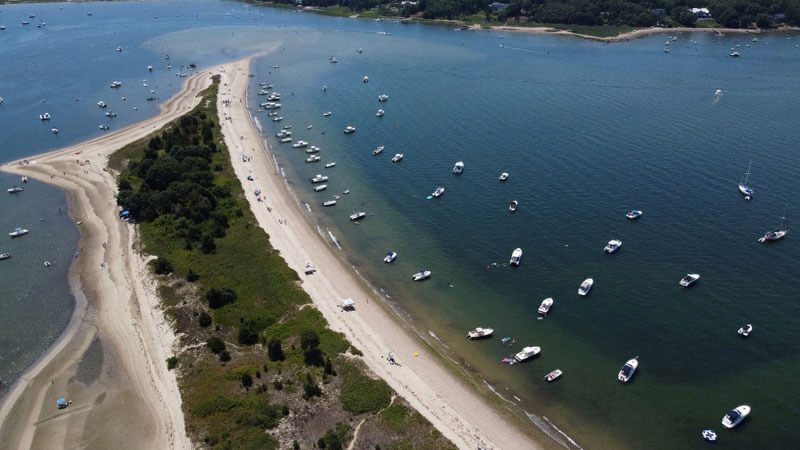 sparkling clear water and an abundance of sea life making it a prime destination for clamming, fishing, or kayaking around the perimeter. For a break, you can land along the sandy southern shores and explore the beach, take in the views, and splash around in the relatively calm waters. Trails lead from either side to a lovely picnic area in the middle where you can relax and listen to the birds sing. Back at the water’s edge, you’ll find oysters, hermit crabs, and small fish hanging out in the tide pools while osprey hunt from above and terns and plovers scamper around between the lapping waves. To the north, there are private summer cottages, with signs marking the boundaries to encourage visitors to respect the owners’ space. At least one such property, however, has been known to be available as a vacation rental at times, and may just be the ultimate Cape Cod getaway.

Further south just past Catumet in Squeteague Harbor, tiny Amrita Island is off 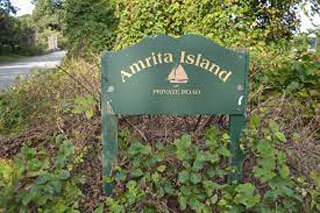 limits to the public but nonetheless a sight to see. First, the private road leading to the island crosses a bridge lined by medieval looking stone towers. From the calm water around the island, you’ll see stone walls and mansions perched above the harbor. At the western tip of the island, a stately Victorian home overlooks the shoreline. Near the water’s edge, a stone mausoleum pays tribute to the family that called the island home and provided its remarkable story that lives on today. Here, the Baxendale’s, famed for the box toe style boot of the late 1800s, lie at rest behind the engraved words “Love is Eternal,” along with the beloved family dog. They are known not only for their success in the shoe business, but even more so for creating the island retreat where they hosted scholarly speakers and contributed generously to animal rescue causes. They willed the property to Harvard University after passing and the University eventually transferred it to the Animal Rescue League of Boston. Though visitors cannot tour the island or the estate, you can see the bridge, historic home and mausoleum from the water by kayak, sailboat, or paddleboard, which can be launched from nearby Squeteague Harbor Beach.

Amrita and Bassetts Island are just two of the smaller island treasures Cape Cod has to offer. While Amrita is a sight to behold from a respectful distance, Bassetts 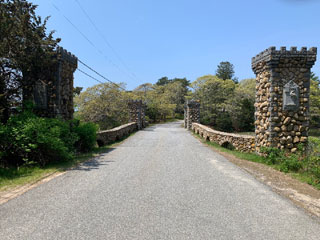 allows visitors to set foot on a Cape Cod treasure for a one-of-a-kind experience.