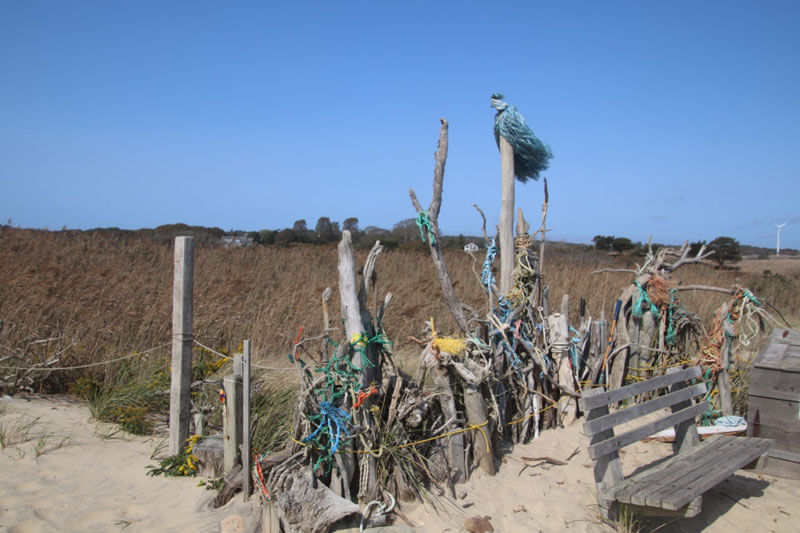 Walking along a beach can be a serene and peaceful way to pass the time and enjoy the outdoors. Unfortunately, while walking along beaches you’re likely to

encounter objects aside from the sand, rocks, seaweed, and surf. Plastic pollution and marine debris are a global threat that impacts sea life of all sizes as well as human health, maritime navigation, economic activity, and more. Debris in the oceans runs the gamut, but includes microplastics, balloons, fishing gear, plastic bottles, and more.

Many environmental groups are working to tackle the immense issue of marine debris on our coasts. One such group is the Center for Coastal Studies on the tip of the Outer Cape in Provincetown. They work to hold beach cleanups, do 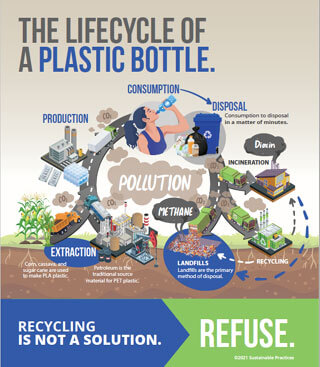 monitoring, and cleanups at sea. In addition to their cleanup work, the Center for Coastal Studies has also turned to art to combat the issue. It’s no surprise, given Ptown’s long history as an artist colony. Each year the From the Bow Seat annual student art contest raises awareness about marine debris and the health of our oceans through art projects made by middle and high school students from across the globe. The center also buys old lobster fishing rope which is used by artists to make a wide range of items, including woven doormats!

Other artists are also using their platform and trade to explore the issue of marine debris. Cape portrait photographer Sarah Thorington began noticing the abundance of plastics and other debris on Cape Beaches and decided to launch a year of daily beach cleanups, dubbing it her Year of Plastic. She collected the debris, documented the findings, and created unique art from the found materials

including a shark, piping plover, and more! She launched a Plastic-Free July initiative and is giving Zoom lectures on the topic throughout the summer and fall. For more information, visit A Year of Plastic’s Facebook page.

If you’re still looking for more unique found-object art, consider visiting the Cape Cod Museum of Art’s Vision 20/21: Found, Formed, Fused exhibit from August 19th to November 14th at the museum in Dennis. The show features the works of nine New England artists who utilize non-traditional materials in their art. This includes the work of Michelle Lougee, who crochets used plastic bags into sea creatures!

While these art projects don’t solve the problems of marine debris, or plastics in our oceans, hopefully they can open more people’s eyes to the immense environmental challenge these issues pose, and lead to equally creative solutions.