Will Cape Cod Be Underwater in 50 years?- Climate Change Impact on Cape Cod 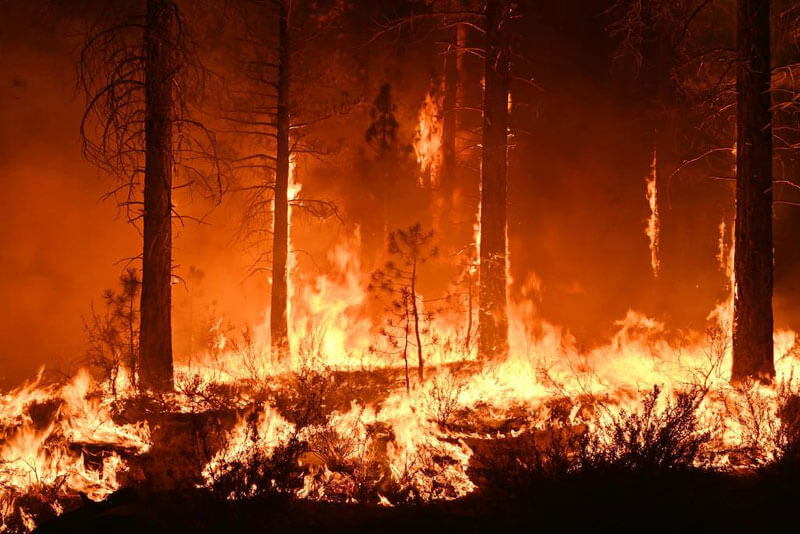 According to glaciologists at Woods Hole Oceanographic Institute and the Massachusetts Climate Change Adoption Report, the climate change impact on Cape Cod could find the Cape and Islands submerged in 50 years.

Cape Cod has experienced 11 inches of sea rise since 1922. Going by the Cape Cod scientist’s findings, the estimated rise of between 6-8 inches will threaten Cape Cod’s existence. This may see the extinction of this beautiful place by the sea in a period of 50 years.

Thermal expansion has seen the sea rise by 1 ½ inch per degree Celsius, increasing sea levels by nearly 186 feet, leaving most of the Cape underwater with a few islands at over 300 feet.

It is paramount to mitigate the causes of climate change in Cape Cod, adapt to its effects, and plan with sound decisions on both environmental and economic aspects.

This article will cover the climate change impact on Cape Cod and the sustainable measures to mitigate the changes.

What is the Climate Change Impact on Cape Cod?

The rise in sea level has increased flooding instances in Cape Cod, causing damage to coastal property and infrastructure.

Warming ocean temperatures alter fisheries encouraging algal blooms, which are pretty harmful.
To add to this, the burning of fossil fuels that many greatly depend on at the Cape continues to emit pollutants with adverse effects on public health and human life.

As the sea level rises, it reduces the width of the beach, lowering the value that beach goers place on their experience. This will lead to a cumulative loss of billions of dollars. By the year 2050, the annual lost value will be approximately $113 million. This value will be a significant loss in tourism-related revenue.

Cranberries are a native fruit to Cape Cod that is facing the threat of extinction due to high levels of sea rise.

This is an economic threat since cranberries are one of the fruits sustaining industries and livelihoods.

Why is Cape Cod Vulnerable to Erosion?

Cape Cod is vulnerable to erosion due to the worn cliff sides and shores caused by heavy rainfall and strong coastal winds.

The waterfront sea level undergoes a continual process of reshaping where sediments are washed away and built anew.

However, in recent years, climate change has accelerated the process and washed away the protective shield leaving the Cape vulnerable to erosion.

In this segment of the article, we highlight some of the major occurrences that have made the Cape vulnerable to erosion.

The rise in sea levels causes a decline in the coastal shoreline and is one of the most significant contributors to coastal erosion.

For every centimeter of sea-level rise, there is a corresponding one-meter erosion due to the ability of the waves to move farther upland.

Climate change is the primary cause of increased precipitation, leading to an increase in Hortonian Overland Flow (HOF).

The increase in HOF promotes coastal erosion at a very high rate and accelerates its magnitude.

These include changes like an increase in population that sires the need for more development, causing instability to the plant vegetation.

This decrease in total land vegetation can be caused by footfall or even automobile traffic.

It can also be caused by a decrease in the natural land vegetation and an increase in invasive species.

What Sustainable Solutions are Being Taken?

Explained below are some of the strategies aimed at making Cape Cod a sustainable place.

This has been achieved by adding natural materials to form a barrier that grows over time, focused on shielding the diminishing beach width from the waves. Plus, man-made dunes are created to sustain the rapid erosion.

This is aimed at preserving a longer coastline for beach goers to enjoy.

By modifying existing natural systems, it is aimed to mitigate local hazards. These systems include infrastructure.

On the other hand, the retreat focuses on removing built structures and facilities from the advancing tides.

This is aimed at directly adding sediment to the parts along the coastline that once existed.

This is to help regrow the sediments to help curb wave strengths and winds from the sea.

Fossil fuel has been the primary source of energy in the Cape.

This is not safe since it is the lead in emissions that fuel global warming. Cape Cod is working towards being a place that embraces and uses environmentally friendly renewable energy.

Creating sand fences along the beach will help trap blowing and drifting sand at their location, thus causing the formation of strong dunes along the shores.

This will be a great way to promote dune formation while maintaining a neutral impact on wildlife.

This includes doing nothing solid to curb the dangerous advances of the ocean to the land, the population, and even sea life.

It is more of “let us wait for whatever happens to happen.”

This step is taken on areas that are way beyond repair.

In conclusion, it is evident that if serious action is not taken on Cape Cod, Martha’s Vineyard and Nantucket, there are greater chances of it being swallowed by the sea in the next 50 years.

Geologists point out that the sea level is rising much more quickly than it has been over the past two thousand years.

A lot has to be done, lots of money invested in protecting this gem from diminishing.