Figawi Race: Where the “Fog” Are We? 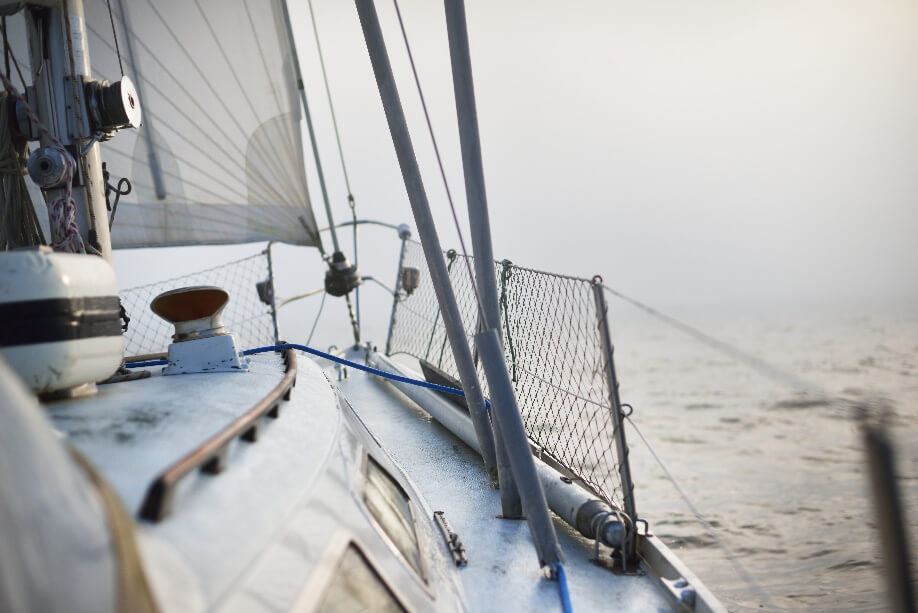 Nothing kicks off New England’s sailing season quite like Figawi weekend. The sailing race spans a little under 30 miles from Hyannis to Nantucket. 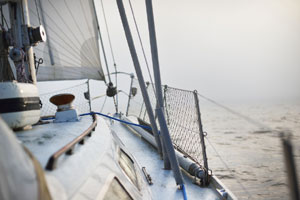 Beyond just the race, the whole weekend is filled with the same revelry, fun, and friendly competition that was present at the first race, 50 years ago.

As the legend goes, Bob Horan, Joe Horan, and Bob Luby, three friends and self-taught sailors spent the winter of 1972 ribbing one another about whose sailboat was fastest. After a few drinks at Baxter’s Boathouse, the men decided to race from Hyannis to Nantucket on Memorial Day weekend. They set out and soon were surrounded by thick fog, and in the days before radar one of them yelled to the others with that distinctive Cape Cod accent, “Where the f*ck are we?!” Their race needed a name- one that could be printed in the papers- thus Figawi was born.

From that first competition, described by Figawi Charities Inc as, “a benign grudge match between friends,” the race has grown into a beloved annual tradition on Cape Cod and Nantucket. Now Figawi weekend welcomes

upwards of 200 boats racing their way across Nantucket Sound, as well as thousands of sailors and spectators. Notable participants have included world-renowned America’s Cup Boats, Ted Kennedy, and more.

The race itself begins at the Hyannis Port Jetty, with staggered starts in a pursuit style race. Boats are arranged based on their size, speed, and a number of other factors, with the faster boats starting last. The race takes a few hours, and the stagger means that most boats reach the Nantucket Boat Basin around the same time. A high school invitational sailing race on Sunday and race back to Hyannis on Monday are also part of the festivities.

While the race has grown larger over the years, it’s maintained the feeling of a lively family reunion for the New England sailing community. It draws boats from all over, and sailors of all abilities.

In addition to the sailing, the Figawi weekend has come to be characterized by raucous parties on both sides of the Sound. Even if you’re not a sailor, the Figawi weekend still offers fun crowds and much revelry. There’s the Kickoff party at the Hyannis Yacht Club, and in Nantucket a series of exclusive tent parties for skippers, crew, and sponsors, attended a few 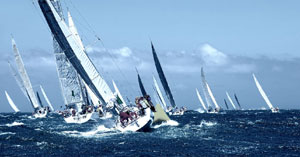 years ago by former Patriots player Rob Gronkowski. Bars on Nantucket like Straight Wharf and the Gazebo are packed with long lines stretching out the doors.

While the trophies have gotten a bit spiffier since the original paper plates decorated with markers, the red Figawi hats are the real sought-after item. Each boat only gets three, which function as a ticket into the party and bragging rights. Hold onto your hats, as island teens have taken to snagging them off the heads of unsuspecting sailors in town!

The Sunday morning joke tent is a great spot to nurse a hangover with a bloody mary or mimosa, though salty jokes abound, so it’s not for those easily offended!

In addition to the revelry, Figawi Charities Inc has worked to raise nearly two million dollars for local groups, aiming to foster camaraderie and support the local community. They’ve hosted a Charity Ball in Hyannis the week before the race since 1987.

As with many things, the Figawi was forced to skip the 2020 race, and the 2021 version, the 50th, will look different than past years. Event organizers note that the 50th race will take the Figawi back to its roots and will be much like the first race. Sailors will still enjoy getting out on the water after a very long winter, waving to one another. The race will not lose its competitive, mischievous nature, though there will be no Nantucket events this season. This year will mark the first two-day pursuit race. Organizers hope to return to the festivities as planned in 2022, but for now will enjoy the wind in their sails and a chance to see whose boat is fastest!

Cape Cod is a scenic getaway that promises recreational activities and beautiful shoreline views for everyone and their families. Dogs

1. Short Hikes & Walks There is no shortage of trails and paths perfect for young hikers on Cape Cod

A plethora of unique and fascinating species call the shorelines and waters around Cape Cod, Martha’s Vineyard, Nantucket, and the