Skip to content
Home » Blog » Museums » Nantucket Whaling: From Small Island to One of the Busiest Seaports in the World

Nantucket Whaling: From Small Island to One of the Busiest Seaports in the World 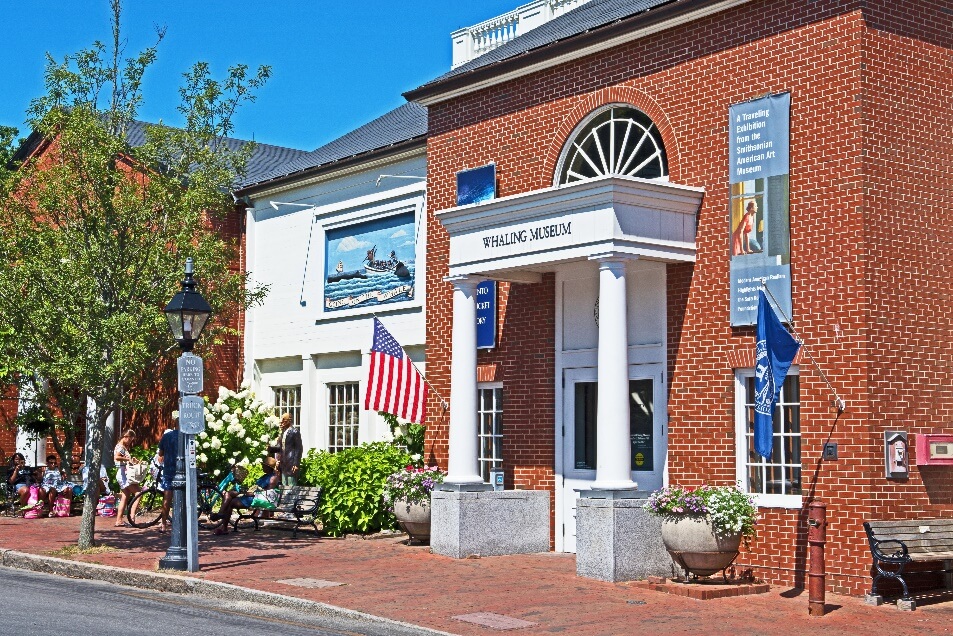 Dangerous, bloody, and lucrative, the whaling industry turned Nantucket from a small island to one of the busiest ports in the world. 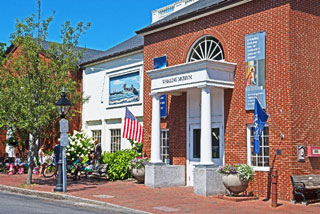 Nantucketeers took to whaling slowly, beginning with small boats near to shore. The boats were mostly crewed by men from the Wampanoag tribe. First, they hunted right whales, eventually moving on to the more oil-rich sperm whales found further offshore, which provided more of the sought-after oil and spermaceti.

Once the whalers had exhausted the population of local whales, the islanders built larger boats and searched farther afield. In the late 18th and early 19th centuries the small and remote island became the whaling capital of the world, sending ships around the world in pursuit of whales. Author Nathaniel Philbrick notes that, “By the advent of the American Revolution, Nantucketeers had reached the verge of the Arctic Circle, the west coast of Africa, the east coast of South America and the Falkland Islands to the south.” As the ships began to head to the Pacific in the early 19th centuries the voyages began to last years, rather than months. With men away whaling for years at a time, women were left to raise children and run many of the island’s businesses. In an article for Smithsonian Magazine, Philbrick draws an interesting comparison between the often absent men of Nantucket and the transient nature of the male sperm whales they were hunting.

The Nantucket whaling industry was in decline by the 1850’s. New Bedford had surpassed Nantucket as the busiest whaling port in the country, and a fire in 1846 had devastated the island. The industry continued on its decline 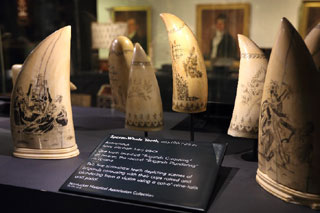 into the 20th century as the nation’s feelings towards whales shifted, yet the whaling industry shaped the evolution and character of Nantucket in a myriad of ways that can still be observed to this day. The Nantucket Whaling Museum stewards this history and educates visitors about the heyday of the island’s whaling industry through interactive exhibits, interpretive programming, and a range of art and artifacts from the time period. This includes the recent additions of artifacts from Two Brothers, an ill-fated Nantucket whaleship that sank about 600 miles northwest of Honolulu and was discovered in 2011.

The Nantucket Whaling Museum includes permanent and rotating exhibits, nine galleries, a range of artifacts, works of art, and treasures spanning four centuries of the island’s history. Visitors won’t want to miss the shining Fresnel lens, restored 1847 Hadwen & Barney Oil and Candle Factory, 46-foot sperm whale skeleton, and the stunning rooftop views of Nantucket Harbor. Managed by the Nantucket Historical Association, the museum features a first-hand whaling narrative passed down from the museum’s first docent and veteran whaler, George Grant. The museum allows visitors to imagine life aboard a whaleship in the 19th century, to learn more about the sinking of the whaleship Essex, inspiration for Herman Melville’s Moby Dick and explored further in the book and film, In the Heart of the Sea.

Located at 13 Broad Street, the museum is open daily May 29th to October 17th, from 10 am to 5 pm. Admission is $23 for adults, $20 for Seniors (65+), $5 for Youth and Students (6-17), and free for visitors under age 6. Your ticket is also good for admission to a few other historical sites around the island! Be sure to plan a visit to the Nantucket Whaling Museum to learn more about the industry and leviathans that put Nantucket on the map.