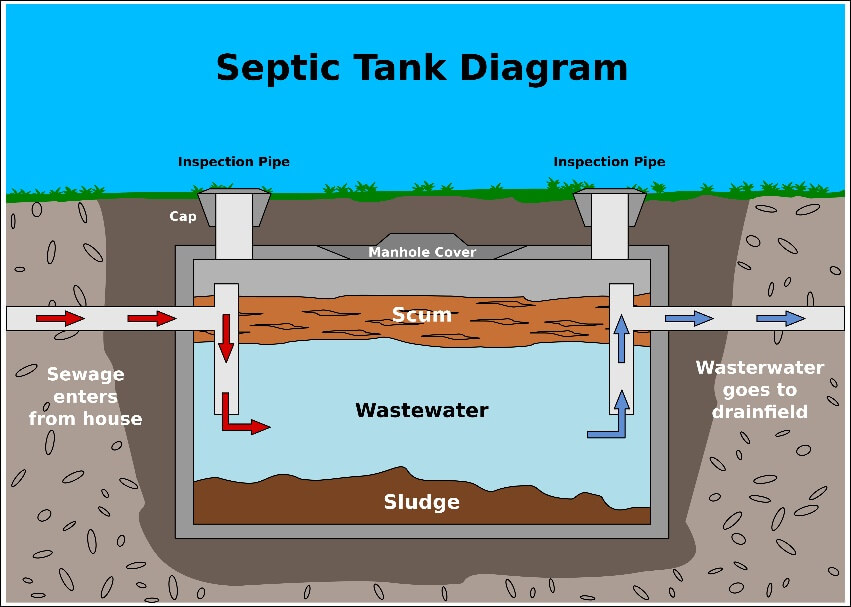 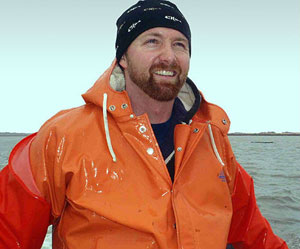 Cape Cod has been reckoning with the impacts of nutrient loading in its estuaries and bays for years now. It’s not alone in facing the problem; Fisheries and Aquaculture Specialist Joshua Reitsma notes that an estimated 40% of US waters are impaired by nutrient pollution, primarily driven by nitrogen and phosphorus. While many of these cases are attributed to agricultural runoff, Cape Cod’s nitrogen problem stems primarily from inadequate septic wastewater systems and shorefront development. Mashpee’s Popponesset Bay has the dubious honor of being one of Cape Cod’s most nitrogen-impaired water bodies. 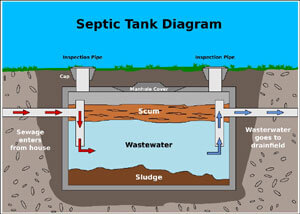 While nitrogen occurs naturally in the environment, elevated levels have disastrous ecological consequences. Nitrogen escaping inadequate septic systems, fertilized lawns, or other sources runs off into waterways where it is taken up by algae. The algae flourish in the nutrient rich environment leading to large algal blooms. These large mats of slimy algae block out light, inhibiting the growth of aquatic plants such as native eel grass. Additionally, when the algae die and decomposes, dissolved oxygen in the water is used up, leading to fish die offs. This process, known as eutrophication, can also threaten human health with bacterial growth and toxic algaes. Algae blooms also cloud waters and make for a slimy and undesirable place to recreate.

In 2008 Mashpee faced near toxic levels of nitrogen in the water, prompting 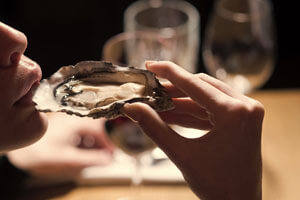 concerns about the health of coastal waters. In response to the declining water quality and threats of legal action, the town developed a Watershed Nitrogen Management Plan to mitigate the situation. While much of the plan involves traditional sewering and infrastructure improvements, the town hopes to remove up to 15% of the excess nitrogen by growing oysters and quahogs in a municipal aquaculture program. Other towns on Cape Cod are also looking into shellfish aquaculture to aid in remediation efforts.

Bi-valves like oysters and quahogs are filter-feeders who consume phytoplankton and algae by filtering water. The Woods Hole Oceanographic Institution reports

A 2017 study from Woods Hole Sea Grant, Cape Cod Cooperative Extension, and the Mashpee Department of Natural Resources calculated the amount of nitrogen captured by Mashpee’s oysters at around a gram each– twice what Mashpee’s Department of Natural Resources had expected. The study recommends increasing the oysters grown in the Mashpee River from the current levels of ½-¾ million per year to 1.5 million harvested per year to reduce the nitrogen load by 15%.

Mashpee plans to use primarily quahogs and some oysters in their aquaculture sites to reduce nitrogen in Popponesset Bay and the Mashpee River, among other areas. Mashpee’s Comprehensive Wastewater Management Plan notes that. “Removal of the remaining balance of nitrogen will rely on a combination of traditional infrastructure (sewers), stormwater improvements through current best management practices (BMPs) and fertilizer reduction through the new bylaws/regulations in Mashpee and Falmouth.”

While shellfish provide a critical ecosystem service by filtering the water and sequestering nitrogen, it takes a lot of shellfish to make a difference. In a recent presentation with the Dennis Conservation Land Trust, Joshua Reitsma, a Fisheries and Aquaculture Specialist for the Cape Cod Cooperative Extension & Woods Hole Sea Grant noted that capturing a single kilogram of nitrogen requires growing and harvesting approximately 3600 oysters or 4500 quahogs.

Even proponents of Mashpee’s plan emphasize that shellfish aquaculture is only part of the solution to Cape Cod’s nitrogen problem. It must be paired with more traditional sewering improvements to reduce the amount of nitrogen finding its way into the waterways. The aquaculture pairing does help municipalities reduce the cost of the more traditional mitigation techniques and has the added benefit of providing an economic benefit and a delicious local product.

The shellfish used for this nitrogen removal are generally fine to eat. While nitrogen acts like a pollutant when it occurs in high quantities, it does not pose a food safety threat in the way other environmental contaminants such as heavy metals or pharmaceutical waste might. The waters around Cape Cod are generally very clean and a great source for shellfish. In the coming years Mashpee hopes to ramp up their quahog production to 10 million per year.

While many see the economic impacts of the municipal shellfish aquaculture operations in a positive light, there are still some concerns about flooding the market as more municipalities get behind aquaculture projects for nitrogen reduction.

The Effectiveness of Oysters at removing Nitrogen from the River.

While shellfish can help to remove some nitrogen, longer term studies are needed to quantify their effectiveness. Additionally, the sources of the nitrogen loading must be addressed. The Conservation Law Foundation released a report titled “Pollution on Cape Cod: A Decade of Missed Opportunities” accuses the towns of Mashpee and Barnstable of knowingly permitting thousands of illegal and polluting septic systems over the last decade. The December 2020 report accuses the towns of dereliction of duty and threatens legal action.

Despite the promising observations about the higher-than-expected amount of nitrogen captured, the study notes that the water quality of the area is still declining, and that a reduction in the septic inputs is required to prevent further degradation.