Welcome to the Town of Brewster​

The town of Brewster hugs the southeast corner of Cape Cod Bay, where the cold water of the bay meets the sandy coast of the Lower Cape. Brewster has historically been one of the most affluent settlements on Cape Cod, thanks to its 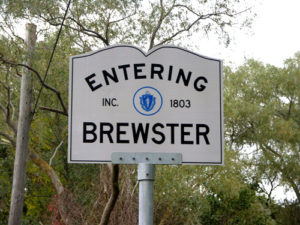 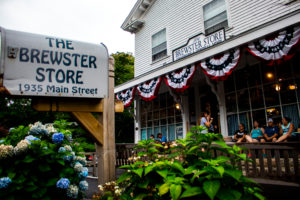 Today, the nature preserve at the Cape Cod Museum of Natural History encompasses part of Stony Brook Valley, as well as Wing’s Island and the beach between Quivett Creek and Paine’s Creek. This natural history museum maintains the nature preserve, hosts exhibits on local plant and animal life, and runs interactive educational programs. Visitors can get to know Stony Brook Valley and the surrounding areas on the museum’s nature trails.

Nickerson State Park is located east of Stony Brook and east of downtown Brewster. This state park is dotted with a number of kettle ponds, the largest of which are Cliff Pond, Flax Pond, Little Cliff Pond, and Higgins Pond. During the summer, these ponds are popular with boaters, kayaks, swimmers, and fishermen. From the state park, visitors can also access the Cape Cod Rail Trail, a bike path that connects the Mid and Outer Capes. 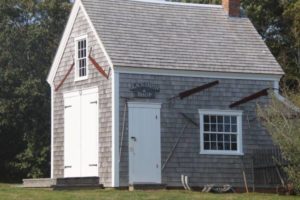 In the nineteenth century, Brewster’s economy shifted away from agriculture and toward maritime trade. Many successful nineteenth-century sea captains, including Captain Albert Crosby and Captain William Freeman, built mansions in the town. These stately historical homes are now inns and bed-and-breakfasts that welcome guests from all over the world.