Welcome to the Town of Harwich Massachusetts

Settlers from Plymouth Colony began to build homesteads in Harwich in 1670 when the town was still a part of Yarmouth. Today, Harwich, Massachusetts, encompasses seven sleepy villages 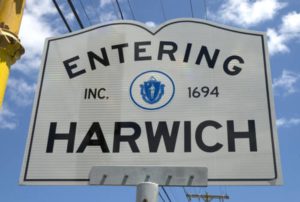 In the mid-nineteenth century, commercial cranberry bogs began to pop up in and around Harwich. Some historians believe that the town was actually the birthplace of the cranberry industry in the United States. Today, visitors can tour cranberry bogs in villages like North Harwich. The town also hosts the Harwich Cranberry Festival every year in September. 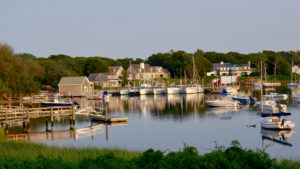 Inland Harwich is criss-crossed with freshwater rivers and dotted with kettle ponds. Many of these bodies of water are open for swimmers and kayakers, including Herring River and Sand Pond in North Harwich. Herring River is a large estuary located in a 200-acre conservation trust. Sand Pond is a secluded freshwater pond popular with a sand beach and docks for swimmers.

Long Pond, the largest lake on Cape Cod, stretches across the towns of Harwich and Brewster. The shores of the lake are dotted with boat launches and sand beaches, including two public beaches on Long Pond Drive and Cahoon Road in Harwich. Long Pond is also a water aerodrome for seaplanes, which visitors can often spot taking off or landing on the lake. 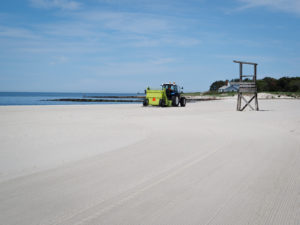 Cape Cod Rail Trail, which connects the Mid and Outer Capes, cuts across Harwich. In North Harwich, a rotary connects the trail (which veers north for those coming from Dennis) with Old Colony Rail Trail (which continues east for those coming from Dennis). And, in Pleasant Lake, a beautiful stretch of Cape Cod Rail Trail takes cyclists around the western tip of Long Pond.

Coastal Harwich is home to several beautiful harbors, including Allen Harbor in West Harwich and Wychmere and Saquatucket Harbors in Harwich Port. The coast is also dotted with ocean beaches, including Red River Beach in South Harwich. This popular ocean beach is covered in shells, making it a great place for visitors to search for sea glass and other mementos.