Welcome to the Town of Provincetown

For thousands of years, people have been drawn to the fertile waters of Provincetown Harbor. Before European settlers arrived in New England, the Nauset tribe fished, hunted, and grew crops in and around this harbor. Alledgedly the Mayflower anchored in Provincetown Harbor before going to Plymouth. After the Pilgrims established Plymouth Colony in the 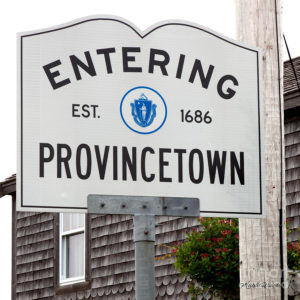 seventeenth century, Provincetown Harbor took on a new role as an international port, and in the nineteenth century, as an important berth for commercial fishing and whaling ships.

Today, Herring Cove Beach in Provincetown is a popular tourist destination but it wasn’t always the summer retreat it is now. In the 1880s, fishermen established a winter whaling settlement on the beach, where it was easier to find fish in cold weather. They called the settlement Helltown, either for the hellish working condition or the “helling” of the raucous sailors who lived there.

Another popular ocean beach, Race Point Beach, is located on the very tip of the Cape Cod peninsula. Race Point is named for the strong crosscurrent or “race” that brings water from the Atlantic Ocean into Cape Cod Bay. Before the Cape Cod Canal opened in 1914, ships travelling between Boston and New York City had to sail through the dangerous shoals at Race Point. 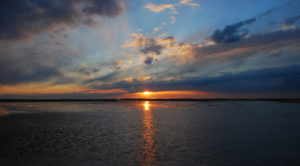 Many ships never made it around Race Point. To keep these ships off of the deadly shoals, Provincetown erected Race Point Light in 1816. As one early visitor put it, this lighthouse was an isolated outpost located in “sandy desolation.” To reach the town of Provincetown from the lighthouse, the keepers and their families had to walk two miles in soft sand each way.

At the Whydah Pirate Museum on MacMillan Pier, visitors can view the remains of the pirate ship the Whydah, which wrecked off Cape Cod in 1717. These remains include silver coins and pewter plates from the wreck, as well as the bell that helped explorers identify the ship in 1984. The museum also includes exhibits on the unique social structure of pirate society during the Golden Age of Piracy.

Much of Provincetown is now protected as part of the Cape Cod National Seashore. The Cape Cod Provincelands Trail is a scenic 5.45-mile loop that takes bicyclists, joggers, and skaters over sandy dunes, in between saltwater kettle ponds, and through a shady beach forest in Cape Cod National Seashore. On this paved bike path, visitors explore the unique landscape of the Outer Cape, while taking in spectacular views of Cape Cod Bay and the Atlantic Ocean.