Welcome to the Town of Edgartown

In the mid-seventeenth century, Reverend Thomas Mayhew, Jr. established a religious colony in Edgartown on Martha’s Vineyard. On July 8, 1671, the residents of this colony named it Edgar Towne, in honor of Edgar Stuart, 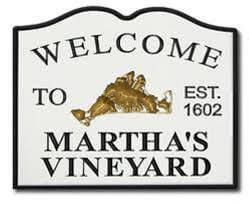 Duke of Cambridge, the infant son of James II of England. Little did these residents know, Edgar had passed away at Richmond Palace a month earlier.

To the east of Edgartown, Chappaquiddick Island shelters the town’s bay from the strong surf of the Atlantic Ocean. Throughout history, captains from all over the world have docked their ships in this protected harbor. In the nineteenth century, Edgartown quickly became a prosperous whaling town due to its protected harbor and strategic location. Today, Water Street is lined with mansions that once belonged to the town’s wealthy sea captains. 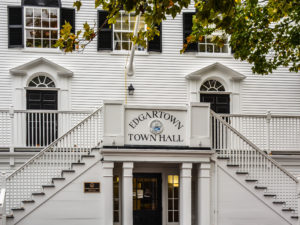 In 1828, Edgartown built Edgartown Harbor Light to guide ships into Edgartown Harbor and Katama Bay. In 1939, the town replaced an older tower with the current cast-iron tower. Soon after, Lighthouse Beach formed naturally around the new structure. This sandy beach wraps around the lighthouse, giving beachgoers a place to watch ships sail in and out of the bay.

During World War II, the army practiced beach landings and assaults on Katama Beach (also known as South Beach) in Edgartown. Military strategists designed these drills to mimic the Normandy landings that the United States had planned for D-Day. Before the army sent troops to Normandy Beach, they had to prove they could take Katama Beach under simulated fire. 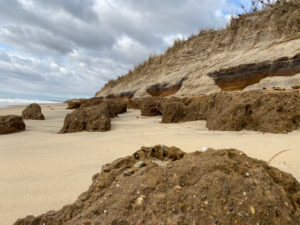 In the 1970s, the town of Edgartown became a stand-in for the fictional town of Amity in the hit movie Jaws. Director Steven Spielberg shot many of the movie’s scenes in and around Edgartown. These scenes feature prominent town landmarks like the intersection of Water Street and Main Street and the American Legion Memorial “Jaws” Bridge. A land bridge on Norton Point linked Edgartown with Chappaquiddick Island until a winter storm destroyed the bridge in 2007.

While the two are no longer naturally connected, Chappaquiddick Island is still accessible from Edgartown by ferry. The geology and ecology of the island is in constant flux, due to its shifting shoals and the coastal erosion caused by winter storms. Beachgoers interested in ospreys and nesting shorebirds should check out the island’s Wasque Point.