Skip to content
Home » Blog » History » Why Was the Cape Cod Canal Built?

Why Was the Cape Cod Canal Built? 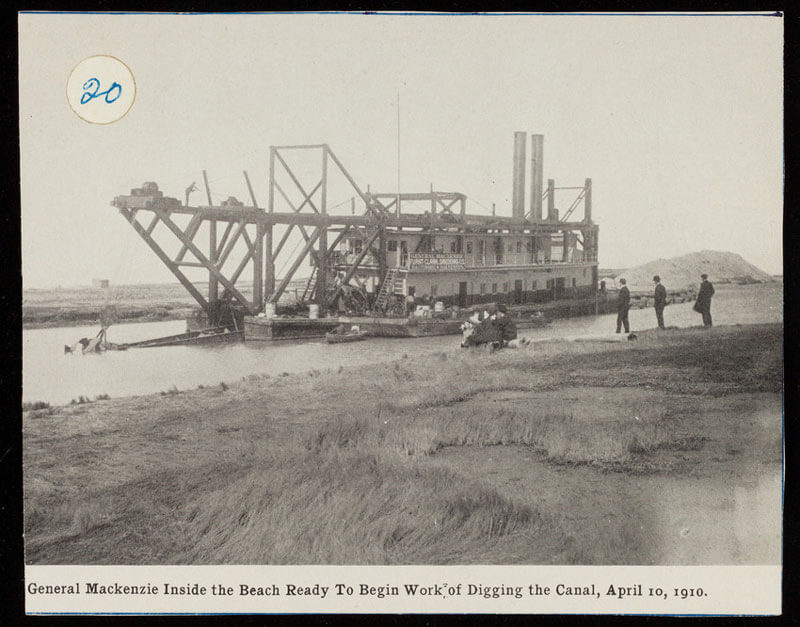 The Cape Cod Canal was initially created for military and strategic use. It is still maintained by the United States Army Corps of Engineers. However, a lot about the canal has changed over the years.

The Cape Cod Canal is an artificial waterway in southeastern Massachusetts. The canal links the famous Cape Cod Bay to Buzzards Bay and remains an integral part of the Atlantic Intracoastal waterway.

The 11km canal registers over 14000 transits and over 3 million users annually, a notable mark of its relevance.

The need to link Cape Cod Bay to Buzzards Bay started when the American resolution needed to bypass harbor blockage operated by the British.

The need for the canal started in the 1600s but didn’t actualize until the 1900s. Beyond the primary reason for this project, the Cape Cod Canal is now helpful for various recreational purposes.

Who uses the Cape Cod Canal?

The Cape Cod Canal is now open to almost anyone. It is now used extensively for commercial and recreational purposes. The canal has a visitors’ center where they have access to various activities.

The United States Army Corps of Engineers maintains the canal and introduces visitors to the history and operations of the channel.

Several roads on both sides provide access to recreational points.

When and how was the Cape Cod Canal built?

The Cape Cod Canal started as an idea many years back. But the initial settlers in this region were overwhelmed by the size and financial implication of the project.

So, it remained an ideal for many years before the intervention and implementation by the American resolution.

The US government acquired the canal in 1927, and since then, the canal is in control of the United Army Corps of Engineers.

The engineers encountered several problems at the beginning of this project. One of the primary challenges is the vast underwater.

Another major problem is cold winter storms that force the engineer to stop operation and wait till spring.

Nevertheless, the engineers found a way to figure out the project, including hiring divers to blow up the huge boulders.

The initial size of the Cape Cod Canal was a maximum of 100 feet wide and 30 feet deep.

Following the modern extension, the canal is now 28 kilometers long, 500 feet wide, and has a minimum depth of 30 feet.

This upgrade eliminates the hassle of the narrow canal that led to several accidents at the start of the project.

History of the Cape Cod Canal

The Cape Cod Canal is one of the projects in the United States with a rich history. This history became more popular due to its unique economic importance, military benefits, and other recreational uses. 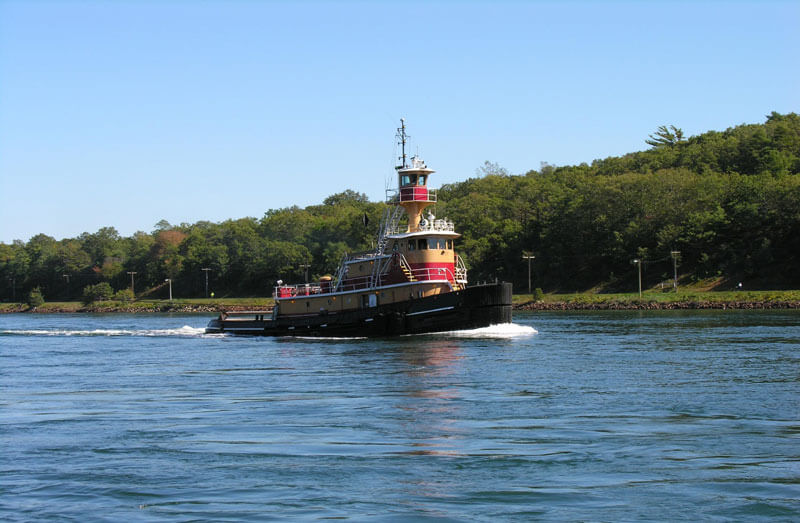 Let’s take a quick run through the history of the Cape Cod Canal.

The idea of creating a canal started in the 1600s. Before the project, two rivers flowed through the valley.

The southwest that flows into Buzzards Bay is the Monument River, and the northeast flowing into Cape Cod Bay is the Scusset river.

The pioneering idea of constructing the Cape Cod Canal dates back to the 1620s in Plimoth Colony. The essence of this idea was to engage Dutch trade from today’s New York. The best route was the waterways, even for military purposes. 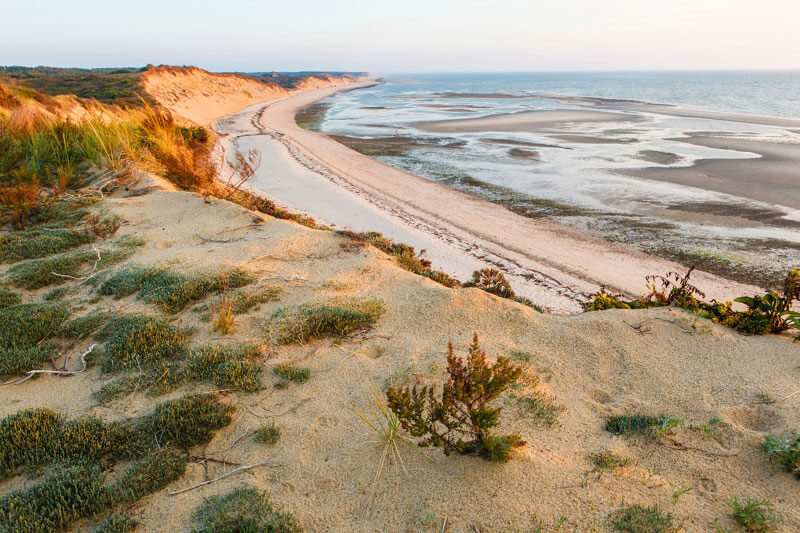 However, it remained until 1776, when George Washington saw a great need for the canal during the revolutionary war.

It was necessary to protect the American fleet against the vulnerability of the enemies. Consequently, he ordered Thomas Machin, an engineer, to investigate the feasibility of the project.

The feasibility studies continued over a few decades until the 1800s when actionable steps started.

The construction of the Cape Cod Canal finally began on June 22, 1909, following the direction of August Belmont Jr. 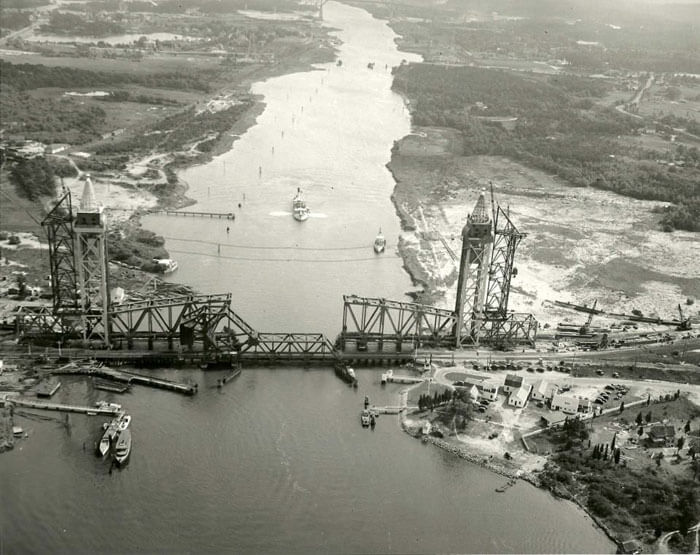 The design of the canal was made by an engineer called William Barclay Parsons. The building company faced several problems at the beginning of the project.

One of the significant challenges was the substantial water boulders 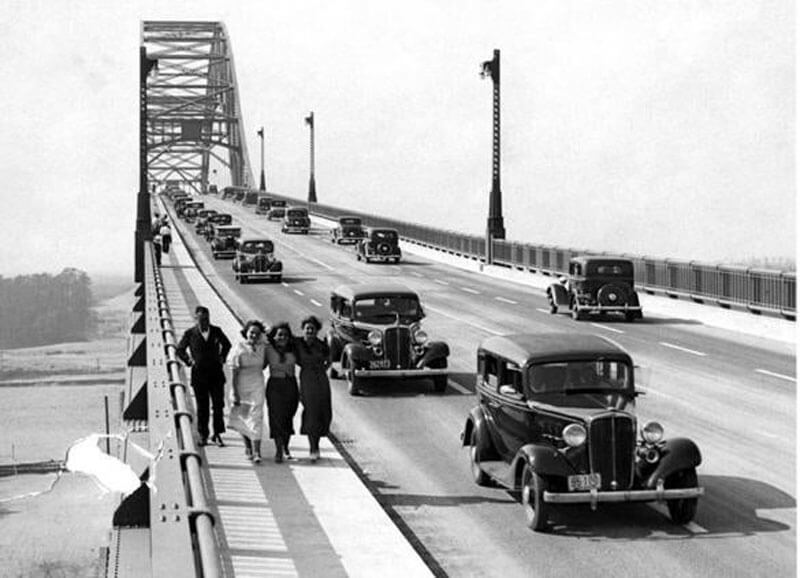 beneath the waterways. The company hired divers to blow up boulders underwater.

However, this effort slowed down the pace of the project and caused several other challenges. Another similar problem was the cold storm during winters.

The combination of these problems forces the engineer to stop construction until spring.

After several efforts to overcome the problem, the canal was opened partially on July 29, 1914, and completed in 1926.

The initial dimension of the canal had a maximum width of 100 feet and 25 feet deep.

It was too narrow, hence causing numerous accidents and wrecks. Regardless, the partial opening still recorded enormous traffic.

There was a gross tonnage of about 3.5 million when the transits increased from 2,689 to 4,634 within the first two years.

The Cape Cod Canal continued as a private entity until the United States acquired the canal. The United States proclamation was a result of the German action on July 22, 1918. 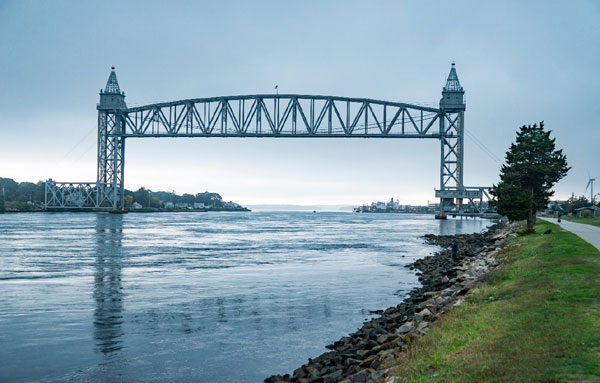 The German U-boat submarine fired at the American PERTH AMBOY that was about 3 miles away. So, the United States Army Corps Engineer needed to take over the area to ensure safety.

Although Belmont reluctantly resumed operations after the first world war, it didn’t last for long.

The negotiation with the federal government of the United States continued even when Belmont resumed operations.

The United States Railroad Administration director-general took over the canal’s affairs under the president’s proclamation.

Consequently, the United States Army Corps of Engineers re-edged the canal to about 480 feet wide and 32 feet deep between 1935 and 1940.

The southern entrance to the canal gave access to Buzzards Bay instead of the initial way through Phinney harbor.

Recreational uses of The Canal 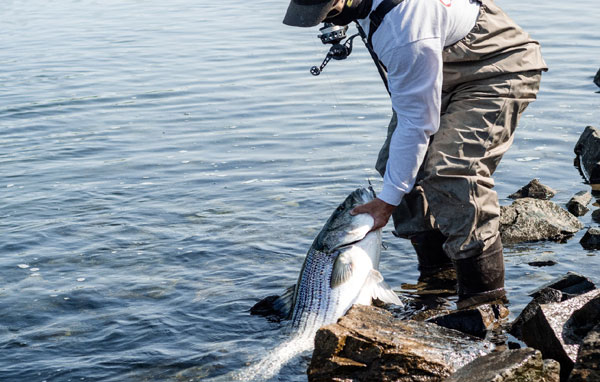 The Cape Cod Canal is one of the busiest projects of the American Corps of Engineers, admitting over 3 million users annually. It provides a gateway to the historic parts of the canal.

The construction of this project gives room for various recreational purposes.

Some of the recreational uses of the Cape Cod Canal include: 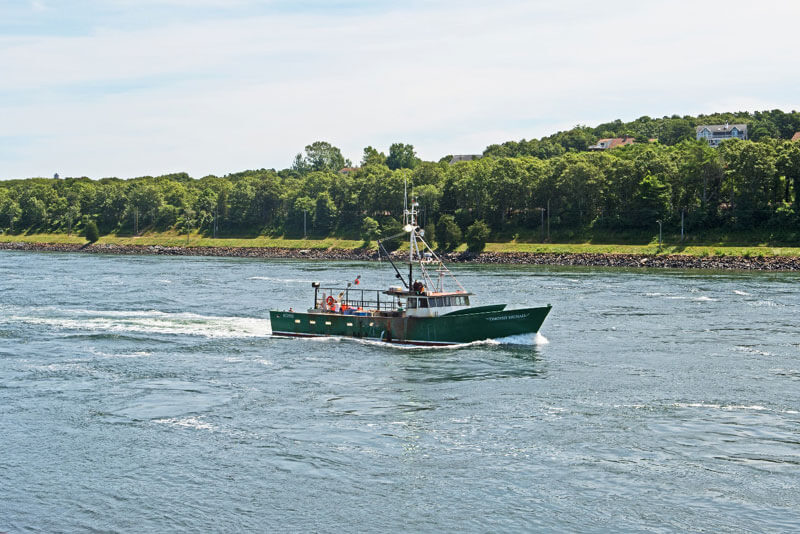 The flexibility and diverse recreation potential of this area are a result of the available landmass.

There are over 1000 acres of land surrounding the Cape Cod Canal useful for recreational purposes. The recreational areas are developed at the multiple canal access points.

The Cape Cod Canal has one of the richest histories of all the projects in Massachusetts. The canal has diverse uses ranging from military to recreational purposes.

The project started as an idea for several decades before eventually transformed into reality in 1914.

Following the takeover from a private entity, the Cape Cod Canal is under the authority of the United States Army Corps of Engineers.