Winters in New England can be long, with the sun setting just after four around the solstice and the holidays. Those dark nights have inspired a growing tradition of light in Cape Cod’s oldest town. Sandwich lights brighten up the town, adding festive cheer!

Sandwich Lights: The Giants of Sandwich

Sandwich glassblower Michael Magyar has been brightening the roadsides and business fronts of Route 6A during the holidays with his unmissable Giants sculptures for over two decades.

The Giants, which now can be spotted throughout the Cape, began with a window. Each holiday season since he’d arrived on the Cape in 1992, Magyar had placed a two-dimensional Christmas tree on the side of the shop. The installation of a bay window in 1997 meant that the holiday decor had to change. Looking for a festive alternative, the first Giant was created from welded rebar and rod iron!

The first giant, Moto-San the glassblower, went up in 1998 and can still be found in front of The Glass Studio on Cape Cod in East Sandwich. The glassblowing giant was unrivaled for five years, until 2003 when Michael Magyar built a sculpture for the baseball card shop next door. Then a few years later came the giant at Titcomb’s Bookshop. The giants looked neat, all in a row, lit up during the holiday season.

From those first hulking giants made from bent and welded rebar and rod iron, the metal sculptures have spread down Route 6A to downtown Sandwich and beyond. The creations now number over seventy, showcasing the unique businesses and organizations of Sandwich and other towns on the Cape.

To create the Giants Michael Magyar works with local businesses to

produce a suitable design, sketching it out on graph paper. From there the craftsman bends and welds rebar and rod iron following the lines laid out on a concrete pad, ending with the new Giant ready for lights, joining its counterparts for the holiday season. The welding, grinding, and construction of the giants are challenging work! Magyar says, “It’s so much fun.” He’s amazed at the way one sculpture has snowballed, and the way the Giants have really grown organically. “I didn’t see it coming,” he notes.

Each giant is unique, and Michael says that they vary in the time they take to create. The small and simpler designs can be completed in a couple of days, while larger and more complicated designs take a longer time! The weather is also a crucial factor, as the Giants are created outdoors. Michael remembers a year when he was working on a Giant only to go outside to find the structure in progress and all of his tools hidden under a layer of snow!

Magyar notes that he often gets the credit for the Giants, but that in reality, “A village makes it work.” The giants’ owners light the sculptures each season, maintain them, and put them out each season. While easy to miss when they are not lit, the two-dimensional metal creations come alive with lights when the sun goes down.

From birds to boaters and beyond, there is a Giant for everyone! Some of the sculptures feature a Fireman (and truck), a Police Car, Service Man, Cranberry Harvest Man, Gardener, Innkeeper, and Wood Carver. Others nod at the maritime and recreation industries of the Cape– a sand dollar, fish of

star of Bethlehem, and angels, even Old Man Winter himself. From a knight on horseback to a dragon, there’s no shortage of creativity with the Giants!

The Giants are growing in number each season, and some of them have moved around in unique ways! This season Michael is working on a bicycle for the Orleans Improvement Association, a lighthouse for the Barnstable Historical Society, a pod of whales bound for Chatham, a ship’s wheel, a big shark fin, a snowy owl, bear, and more!

Some Giants have moved as businesses have changed location. Magyar notes that “The baseball player was ‘traded’ to Orleans.” Others, like the 375’s made for the Sandwich and Barnstable anniversaries have been repurposed. After the 2014 anniversary had passed Michael began working with the sculpture’s owners on what to do with the sculptures. Eventually they settled on angling the numbers up against each other, creating a sort of teepee structure. A bench was placed inside, and lights added to the structure, making a unique and festive addition to Hummingbird Park off of Main Street.

The Giants have moved beyond just Sandwich, with Orleans displaying five or six, and other towns adding more Giants as well. Some giants, like the Juggler, are returning to Sandwich this year after being displayed elsewhere.

The Chamber of Commerce provides a map of the Giants location as a part of their festive Holly Days of Sandwich. It can easily be turned into a fun scavenger hunt for the whole family, and a wonderful way to get acquainted with the businesses and organizations that make Sandwich so bright! You can visit your favorite Giants each season and enjoy all the new additions. The Chamber of Commerce also features Sandwich Community Television’s virtual tour of the giants on their website for those looking to experience The Giants from afar.

While many holiday traditions have had to be adapted or postponed over the past few seasons due to coronavirus, The Giants stand tall and bright, doing their part to make the days just a little bit brighter and shedding light on the businesses and organizations that make Sandwich unique.

Starting the 26th of November, the Heritage Museum and Gardens will put on their stunning Gardens Aglow. The event is a magnificent display of

lights sure to put you in the holiday spirit. The Sandwich lights event serves as a fundraiser for the Heritage Museum and Gardens and is so popular that it has already sold out completely!

The lights stretch for miles, highlighting the trees, hydrangeas, rhododendrons, and other botanicals that make the gardens so special in the warmer times of the year. The lights also accentuate sculptures, walkways, windmills, and more, delighting your eyes with the twinkling and glittering glow.

In addition to the outdoor Sandwich lights at the Heritage Museum & Gardens, the indoor portion of Gardens Aglow will return this year, with COVID restrictions in place. In the J.K. Lilly III Automobile Gallery, guests can visit with Santa in a 1913 Model T Ford! Those waiting to see Santa can enjoy the antique cars also on display in the hall. Kids will also enjoy riding the antique 1908 Looff Carousel in the American Art & Carousel Gallery.

Bring your coat and enjoy the chill in the air as you stroll through the paths of the garden. To warm up, gather around the fire pit to roast a marshmallow by the Magnolia Cafe. Or stop by the Cape Cod Donut Truck for a warm, fresh, apple cider donut. Kids will also have an exciting time on the scavenger hunt for reindeer!

If you’re looking for a way to bring the beauty of the Gardens Aglow home with you, look no further than the Heritage Museum & Gardens’ website. There you will find instructions for making your own bottle flowers at home. The craft was a popular addition to last year’s Gardens Aglow and is easy to replicate at home! The bottle flowers are made using old plastic bottles, making them a great upcycling project! 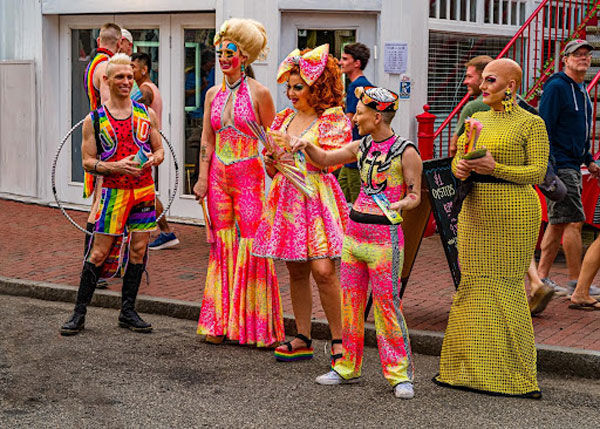 June means Pride on Cape Cod! The region, including Nantucket, Martha’s Vineyard, Plymouth, and the Cape, has lots of great 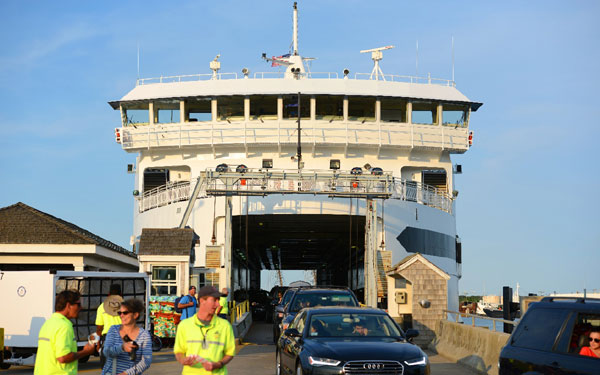