50 Years of The Colony of Wellfleet: Mid-Century Bauhaus Style Cottages on Cape Cod 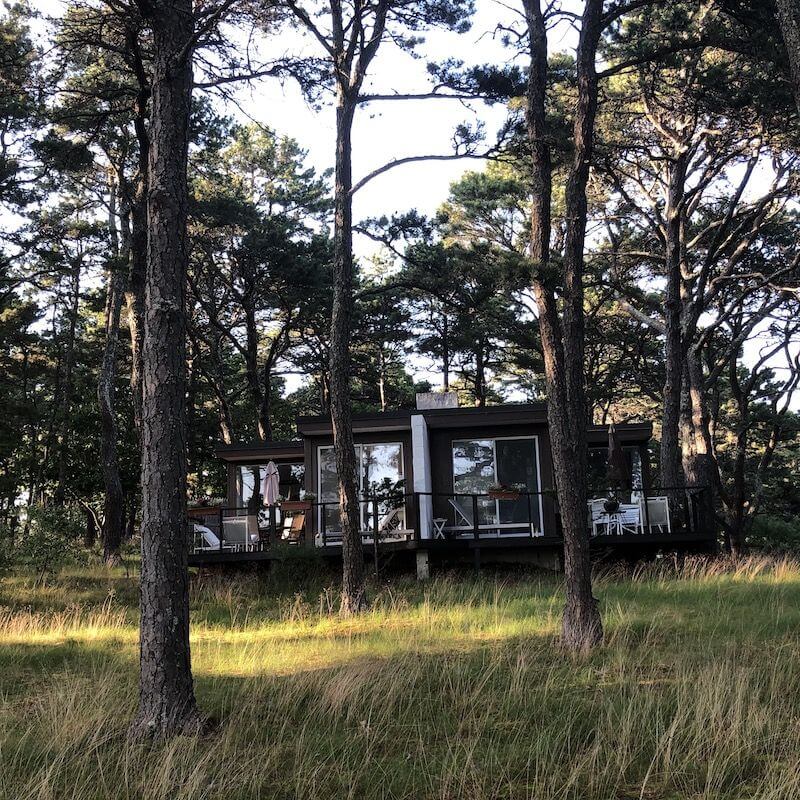 The Colony of Wellfleet, Bauhaus style cottages on Cape Cod, embody the height of mid-century modern design in Wellfleet, encompassing a fascinating aspect of the Outer Cape’s rich

art-infused history. The Colony of Wellfleet was designed and built in 1948 by architects Nathaniel Salonstall and Oliver P. Morton overlapping Wellfleet Harbor. The nine Bauhaus-style cottages on Cape Cod and gallery buildings were operated as the Mayo Hill Colony Club, a private retreat for artists and their patrons. The modernist property was acquired by Loris and Eleanor Stefani in 1963, opening as a hotel. Following Eleanor’s passing in 2019, the Colony has been operated by her son Jeffery and his wife Mihae.

Through her five-decade tenure at the Colony, Eleanor Stefani shaped the experiences of many guests, managing the business and the gardens. Eleanor’s son Jeffery recalls, “Throughout her five decades running The Colony, Eleanor remained true to its Bauhaus roots. She encouraged guests to live simply

while on vacation by enjoying the beauty of nature around them, consistent with the principles of Bauhaus architecture built into each cottage. She always made time to talk to her guests, getting to know them as a friend, exchanging letters, cards and gifts, and welcoming their adult children and even grandchildren as guests to The Colony years later.” Travel and Leisure described Eleanor

The small, flat-roof cottages, tucked amid pines, have attracted a range of well know guests including Paul Newman, Faye Dunaway, Lionel and Diana Trilling, Bernard Malmud, William Shirer, and other artists, intellectuals, poets, and others who have flocked to the Colony to relax and enjoy all that Wellfleet has to offer. While Salonstall’s original Mayo Hill Colony Club was quite exclusive, requiring social and bank checks, Eleanor’s Colony on Bauhaus Style Cottages on Cape Cod was slightly less exclusive. The Provincetown observer quotes Jeffery Stefani as recalling, “She put people through an interview process, because she wanted to like her guests.”

Aside from its storied history, the Colony is also a perfect get-away for those seeking a quiet, relaxing, and secluded get-away. Eight of the cottages are available to rent, with the 9th put on the market last year much to the concern of local observers. Four of the cottages have one bedroom,

and four are two-bedroom cottages. The cottages are open to rent from July to September, with prices ranging from $315 per night to $520 per night (with a 3-night minimum stay).

For those looking to learn more about modern architecture on the Cape, consider visiting one of the four houses owned by the National Parks Service as part of the National Seashore and managed by the Cape Cod Modern House Trust (CCMHT). The organization was founded in 2007 to preserve the modern homes, using them for,” artist and scholar residencies, tours, symposia, and collaborations with schools of architecture (e.g., The Wentworth Institute, Harvard’s Graduate School of Design)” They aim to, “Bring fresh thinking to regional problems of gentrification, lack of affordable housing, moribund employment for young people, the need for off-season cultural tourism and coexistence with a fragile environment.” The houses they have leased from the National Seashore include the 1970 Kugel/Gips house designed by Charle Zehnder, The Hatch House designed by Jack Hall in 1961, the 1953 Weidlinger House designed by Paul Weidlinger, and Luther Crowell’s 1961 Kohlberg House. To learn more, visit the Cape Cod Modern House Trust’s website at https://ccmht.org/.