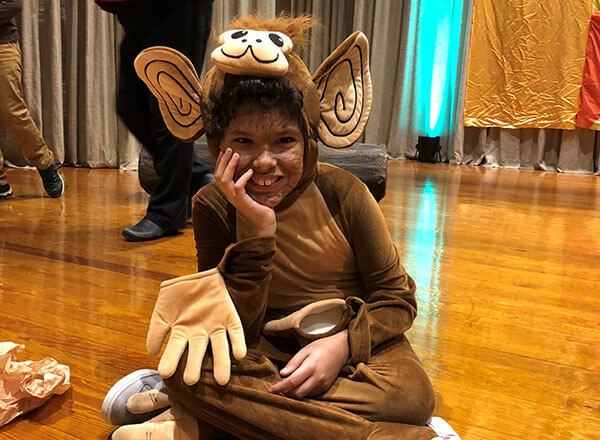 With two separate Harwich locations, the Cape Cod Theatre Company/Harwich Junior Theatre, Inc. has provided a space to inspire and nurture budding actors and actresses for generations as well as educating and entertaining the community at large. Their outreach extends throughout the Cape with an expansive offering of classroom, afterschool and community workshops.

Their commitment is to inspire their students of any age or background to explore and experience all aspects of live theatre, developing a life-long appreciation of the performing arts.

History of the Harwich Junior Theatre

The Cape Cod Theatre Company/Harwich Junior Theatre begin with a dream of its founder Betty Bobp. Betty began as a drama teacher at Wheelock College and dreamed of creating a theatre that provided opportunities for the whole realm of the production, including playwriting, acting, props, directing and set design to people of all ages.

In 1951 Betty founded the Harwich Junior Theatre, housed in the historic four-story Exchange Hall in Harwich Center. Betty not only taught the students but designed both the costumes and the sets, while directing the performances. In the summer of 1952, with the help of several volunteers, the newly-found theatre produced 3 plays: Cinderella, Tom Sawyer, and The Ghost of Mr. Penny at the Exchange Hall.

In the 1960s, the theatre started an apprentice program and the youth touring group, known as the Junior Players, which continue on today. Then in 1965, the theatre moved to its current location on Division Street in West Harwich. In the late 70’s the Helikon Theatre began extended the theatre productions into the off-season.

In 2006, the Harwich Junior Theatre leased the building in Harwich Center. The building, now known as The Arts Center. This space was quickly utilized for rehearsals, classroom, open mic coffee houses, experimental theatre and also hosts the touring productions. In 2015 the theatre changed its name to the Cape Cod Theatre Company/Harwich Junior Theatre to reflect its transition to a year-round center for theatre arts and education with a small full-time staff, producing 10 full scale productions annually.

Education and Outreach of the Theatre

Classes at the Cape Cod Theatre Company/Harwich Junior Theatre are offered to students beginning at the pre-k level and continuing well into adulthood, offering many seniors on the Cape the opportunity to explore new art forms. The classes offer the whole range of theatre arts from acting and improvisation to tap dancing or technical theatre. Many of these educational programs are supported by Cape organizations like Seaside Lemans or Cape & Islands United Way.

The educational outreach of the CCTC/HJT extends far beyond the Harwichs, in the form of the touring productions and workshops brought to schools and community centers all over the Cape. Their touring production of “Historical Women” brings history to life with theatrical characters like Helen Keller and Anne Frank. The workshops focused on Bullying & Teasing Prevention” or “Exploring Adolescent Health” help the students make healthy choices.

Exciting Events at the Theatre

While there is never a bad time to visit the theatre, the current fall schedule offers some spectacular spooky events. The current production of the Addams Family Musical, “a comical feast that embraces the wackiness in every family”, runs through October 30th, with performances every Friday and Saturday nights with a matinee on Sundays.

Or hop aboard the spooky Trolley to the Addams from the Harwich Chamber on October 22nd and 23rd. Costumed characters on board will accompany you to the CCTC/HJT outdoor theatre for a story with the Addams Family. You can also dress up as your favorite Addams family character.

For the older kids and adults that dare, the theatre is opening a Scary Haunted House at the Arts Center from 5-9pm, starting on October 27th and running nightly through Halloween. The cost is $10 and reservations are not necessary.

In December A Christmas Story: The Musical will take the stage running from December 2nd through the 30th. Based on the classic 1983 holiday movie, following nine-year-old Ralphie Parker, a daydreamer who spends his days counting down to the most exciting day in any kid’s life: Christmas.

Opportunities to Get Involved

Even if you aren’t looking to take to the stage, there are many ways to get involved with the Cape Cod Theatre Company/Harwich Junior Theatre, they are always looking for volunteers for all aspects of their productions. The classes are also open to those students who want to learn theatrical arts without performing them on stage. 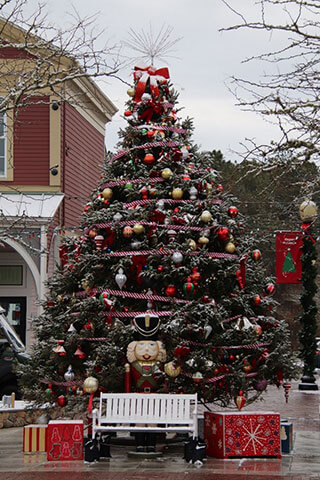 As the hustle and bustle of the holiday season is upon us once again, it is easy to get pulled