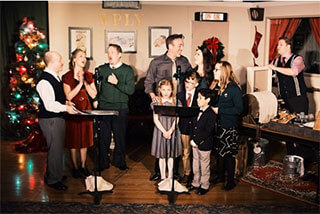 Spend this winter soaking up the arts! The Cape and the surrounding areas are home to many small theatre companies that thrive on local talent. A fabulous example is the Americana Theatre Company located in Plymouth. The non-profit 501(c)3 was launched in 2011 by Derek Martin. In 2015, the Americana Theatre began serving the Plymouth community all year under David and Erin Friday who serve as Managing Director and Director of Education.

Through December 18th, you have the chance to see the highly acclaimed premiere of “An Americana Christmas Carol” at the Plymouth Center for the Arts. This play brings Dickens’ traditional favorite “A Christmas Carol” back home to the Americana Theatre. This new comedic take on an old classic was written and scripted by Jesse Sullivan, artistic co-director and longtime Americana contributor to Plymouth local theatre in collaboration with Derek Grand Martin, founder and artistic co-director of the Americana Theatre Co.

“An Americana Christmas” follows the story of the characters Charles and Isabella Richardson on stage as they are portray actors who are producing and starring in their own production of of “A Christmas Carol”. The couple has recently gone through a divorce and the drama unfolds onstage as Isabella struggles to keep the production going but Charles causes chaos at every turn.

The cast focuses on recreating Ebeneezer Scrooge onstage and off. After experiencing the three Christmas ghosts, Charles decides to not only save the production but also his marriage. Starring Jesse Sullivan as Charles Richardson, the cast includes many of the favorite Americana players David Friday, Erin Friday, Connor Northcutt, Jesse Winton, Kelly Ann Dunn, and Payton Gobeille.

This theatrical debut runs at the Plymouth Center of the Arts nightly from December 13th to 18th, so there are still plenty of opportunities to join in the fun and add some light and laughter to your holiday season. Tickets to the 90-minute show are $35, and $30 for seniors and students.

Register for Winter Lessons at the Americana Theatre

The Americana Theatre Co. offers private lessons for all ages in the performing arts. Lessons are available in a wide range of instruments including piano, ukulele, flute and percussion. They offer classes in dance, voice, acting and musical composition for all ages.

Why not plan a night out to attend The Americana Theatre’s production of An American Christmas Carol or take the music lessons you’ve always wanted  this winter?The Americana Theatre is a great way to get involved in the community and add “a little drama” to your life!

There is still plenty of time this holiday season to check out other Christmas theater productions on Cape Cod and Islands. 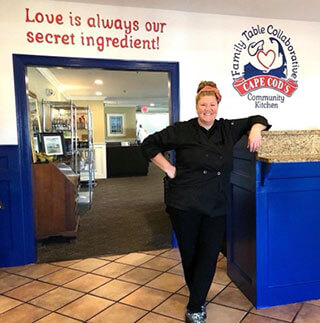 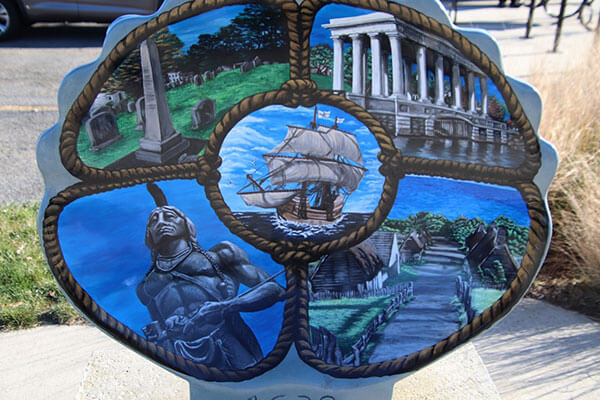 Thanksgiving Day, also known as the Day of Mourning, is a time in which most of us gather around the