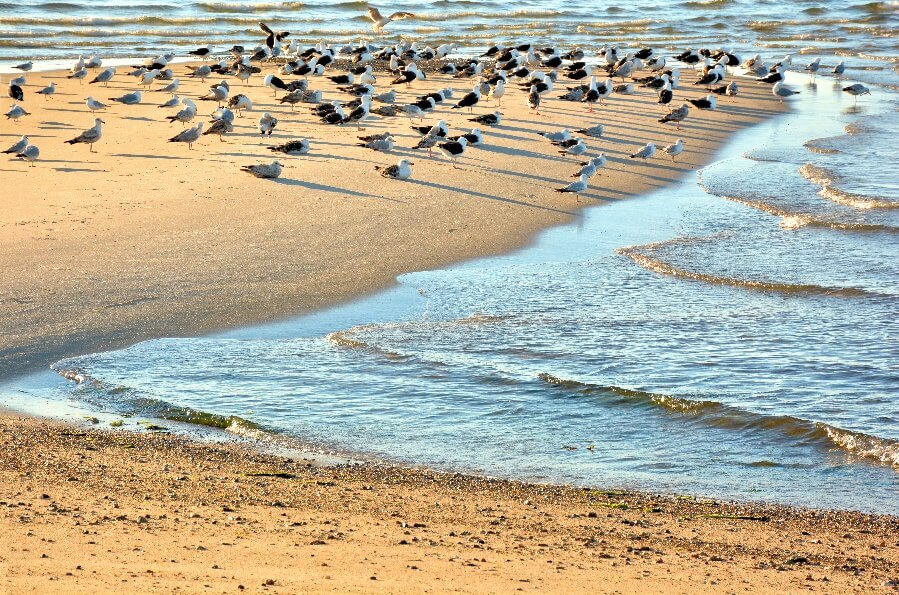 The coastal locations, marshes, beaches, forests, rivers, and estuaries are the perfect Cape Cod bird sanctuary for various species.  Not only birds but reptiles and mammals, both terrestrial and marine!

Birders will appreciate the way these Cape habitats lend themselves to a wealth of species of birds. Some species live on the Cape year-round.

But, just like people, many migrate to the Cape at particular times of the year. The birds either staying for a short stopover or lingering for the warmer months.

In spring and fall, catch a glimpse of the migratory species passing across the Cape’s skies. Beachgoers may spot shorebirds, including the protected piping plover. Birders will also enjoy spotting birds of prey, including osprey, hawk, snowy owl, as well as songbirds.

Cape Cod has many bird sanctuaries and wildlife preserves. It is perfect for spending quiet time outdoors and spotting some unique species.

Consider stopping at one of these Cape Cod Bird Sanctuary and Wildlife Preserves. Whether you’re looking for a specific species to check off your birding list or just looking to spend some time outdoors:

Fort Hill in Eastham features a 1.5-mile trail with views of Nauset Marsh and paths through grassland and scrub trees. Birders will enjoy sightings of the nesting northern bobwhites.

This property managed by Mass Audubon is 937 acres, and almost 300 species of birds are known to frequent this spot. The sanctuary also has five miles of trails through salt marsh, pine woods, and sandy beach.

There is a nature center as well! Late summer is a great time to visit, with wading birds like the snowy egret, shorebirds, and more. In fall, you may spot migrating merlins and peregrine falcons.

This property, located in East Falmouth, features an eight-acre rare coastal plain pond habitat. It is home to over 30 species of dragonflies and several rare pond-shore wildflowers.

The property also has 1.5 miles of trails.

You can find stunning panoramic views of the salt marsh at the Barnstable Great Marsh Wildlife Sanctuary.

The preserve is part of the Sandy Neck area and features two open ponds, shady oak woodlands, and lots of wildlife!

Winter visitors may see the three species of owls that frequent the marsh. In the summer, you may see some of the five species of turtles that nest in the marsh.

Visit the Skunknett River Wildlife Sanctuary to stroll on tree-lined trails beside the river.

Here, nature is reclaiming a former mill site, and guests can enjoy hiking in the White Cedar Swamp.

The unique name, Skunknett, is an Algonquin word indicating the prevalence of eels that you can catch here.

The sanctuary includes a mile of trail, an overlook of West Pond, and is home to black-crowned night herons, ospreys, and migrating ducks.

This gem is an undeveloped beach system just off the mainland. It is near the mouth of Cotuit Harbor in Barnstable and forms part of Sampson’s Island/Dead Neck Barrier Beach.

The sanctuary features nesting piping plovers, least terns, and common terns. The tidal flats and saltmarsh habitat have led to the area being designated as an Important Bird Area.

The island is open with limited access on the Cotuit Bay beach from March through September, dawn to dusk.

They manage several properties that may interest birders, wildlife enthusiasts, or just those looking to enjoy time outdoors.

Managed by the US Fish and Wildlife Service, the Monomoy National Wildlife Refuge south of Chatham features undisturbed coastal habitat.

It is an important stopover point, breeding ground, and overwintering site for songbirds, shorebirds, and sea birds.

Visitors will enjoy the rare and endangered species in this habitat. The piping plover, roseate tern, red knot, Greater Yellow Leg are some of the species found in the area and more.

Enjoy this unique site from at least 150 feet away. For more information, stop by the visitor’s kiosk.

Where the currents race between the open Atlantic and the protected waters of Cape Cod Bay, visitors can enjoy viewing birds more commonly seen out to sea.

This narrow spit of the outer Cape allows birders to glimpse pelagic birds. These birds are rarely seen from shore as they pass between the Atlantic and Cape Cod Bay.

Don’t forget your binoculars for the chance to see the birds and whales frolicking offshore!