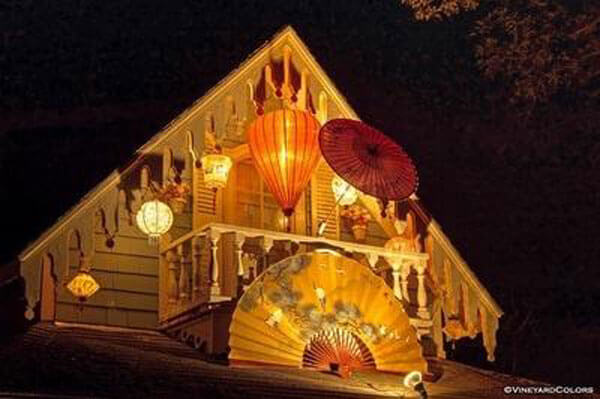 The Tabernacle – the Centerpiece of the Grand Illumination Night Tradition

Before Martha’s Vineyard’s first Grand Illumination Night and before the grand Iron Tabernacle at the heart of the Camp Meeting Grounds in Oak Bluffs was built in 1879, there was a simple stand of oak trees. Later, when the oak trees succumbed to heavy foot traffic, the summer Methodist community gathered beneath a canvas shelter for morning prayer. As the community grew, there was a pressing need for an open yet protected space that could accommodate hundreds of people and protect them from the sun and rain. The forward-thinking community researched their options and chose the most innovative architectural technology of the 19th century, the same used for the Eiffel Tower; pre-fabricated wrought iron- a less expensive, long-lasting alternative to wood. The Tabernacle is one of the nation’s finest remaining examples of iron architecture.

It remains a spiritual center for the island, although religious gatherings are primarily non-denominational. It is also a seasonal cultural and civic center serving as a venue for concerts, lectures, high school graduations, and weddings. And it is the central gathering place for the Camp Meeting Ground’s annual Grand Illumination Night.

What is the History of the Grand Illumination Night Tradition?

Long before Martha’s Vineyard became a top vacation destination for celebrities and CEOs, Methodist families in the mid-19th century traveled to the island each summer to pitch a tent at the Trinity Campground in Oak Bluffs. Here they would hold revivals and enjoy the company of friends surrounded by the sand and the sea.

What Happens at Grand Illumination Night?

On the third Wednesday evening in August (the rain date is on Thursday), visitors gather at the Tabernacle, the centerpiece of the Campground, to listen to the Vineyard Haven town band – the oldest in the nation, formed in 1845 by Civil War veterans.

There is a community sing-a-long including patriotic tunes like “You’re a Grand Old Flag,” American folk tunes such as “I’ve Been Working on the Railroad” and “She’ll Be Coming Around the Mountain.” Long-time Martha’s Vineyard resident James Taylor has been rumored to make an appearance at the Grand Illumination Night sing-a-long in past years.

When the sun sets, the honorary lamp-lighter, often an honor bestowed upon the oldest resident of the campground cottages, lights the first lantern. In preparation for Grand Illumination Night, Cottage owners string lanterns along their candy-colored roof lines and porches, and more lanterns hang from stakes in the ground. The street lights go out, and the narrow, winding paths of the Campground’s remaining 300 cottages begin to glow.

A daytime visit to the Gingerbread Cottages can feel like you are strolling through a fairy-tale village of Hansel and Gretel cottages, each a uniquely decorated work of art. On Grand Illumination Night, the feeling is transformative and enchanting. The balmy island air, the collection of lanterns of various shapes, sizes, and colors, nodding in the breeze and lighting up these homes for the enjoyment of so many, is a must-see Martha’s Vineyard experience.

As the pace of our daily lives grows ever busier, Martha’s Vineyard’s Grand Illumination Night reminds us of the life-affirming power of the traditions we hold dear.

Click here for more annual August events on Cape Cod and the Islands. 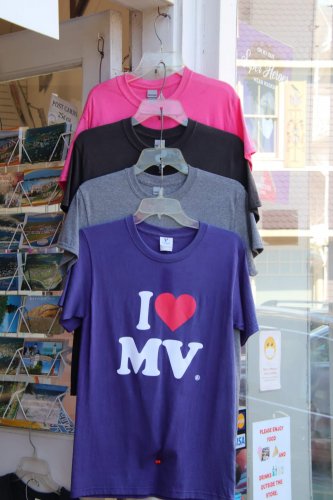 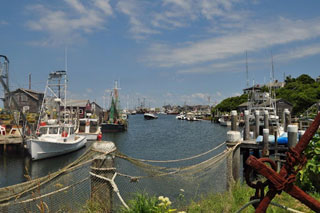 Martha’s Vineyard sits right in the middle of some of the best fishing grounds in the world.  From the Elizabeth 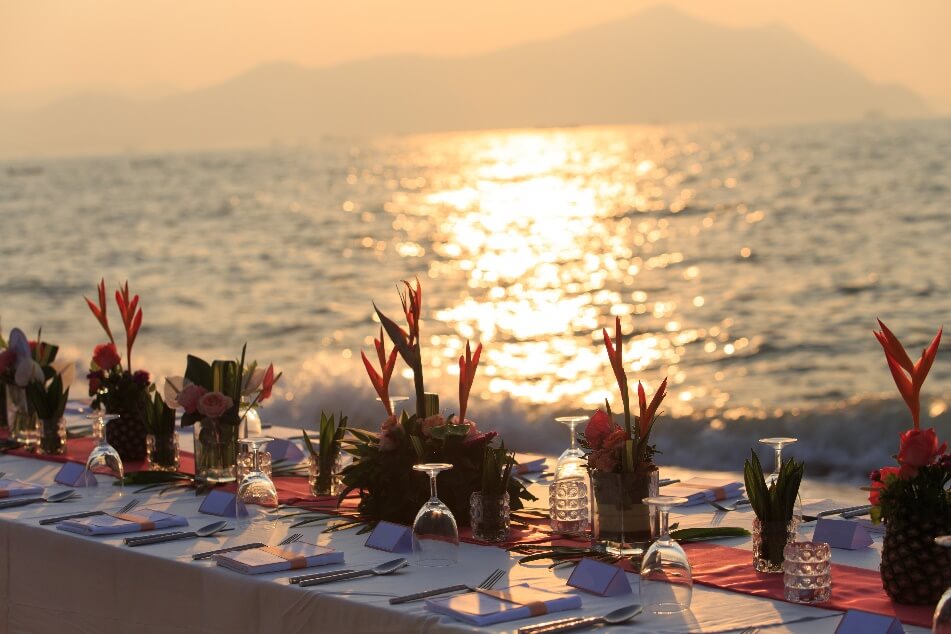