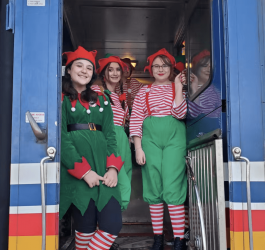 Santa Claus is coming to Cape Cod! And so is the Polar Express on Cape Cod!  The historic Cape Cod Central Railroad offers a memorable holiday experience with the Polar Express™ Train Ride. Come aboard for a round-trip adventure to the North Pole. In the motion picture tradition, passengers will participate in the classic story as they ride the Polar Express for a 1 to 1 ½ train trip.

Children receive golden tickets from the conductor. You’ll enjoy non-stop merry-making entertainment as dancing chefs serenade you with Christmas carols. Also, a reading of the children’s book, The Polar Express by Chris Van Allsburg will take place to delight young and old alike. Characters in each train car lead the entertainment. Along the way, you’ll enjoy hot chocolate and tasty snickerdoodle cookies which are individually wrapped.

When the train arrives at the North Pole, Santa and his elves will come aboard to give each passenger a special gift. Children will receive a sleigh bell to remember that “The bell still rings for all who truly believe.” Also, children will take home their golden ticket souvenirs.

Dress in Christmas pajamas to truly immerse yourself in the experience.

When riding the Polar Express on Cape Cod Railroad, you’ll want to arrive at the Buzzard Bay Station on 70 Main Street, at least 45 minutes before departure. You’ll need to pick up your tickets and prepare to board the train. The Polar Express starts its boarding call 30 minutes before departure. Remember, the train is not held for late passengers so be sure you arrive on time.

Riding the Cape Cod Central Railroad is like living history. The iconic railway runs from Hyannis to Buzzards Bay and will pass through Sandwich and West Barnstable while crossing the Cape Cod Canal. The train will skirt the coastline and traverse lovely sand dunes and salt marshes. You’ll have ample opportunities to take stunning photos of the landscape.

The train line is a part of Cape Cod’s illustrious history. The railway’s history can be traced back to 1848 when the Cape Cod Branch was used to move freight between Sandwich and Middleborough. Eventually, the train shipped materials from the Sandwich Glass Company in Sandwich to Boston. With the success of the train line, it wasn’t long before passenger trains became available to the locals with the opening of the Old Colony Railroad, the New Haven Railroad, and the Cape Cod Railroad. Passenger lines were open from a multitude of Massachusetts towns to all the cities on the Cape.

When the 1960s arrived, passenger trains on Cape Cod became outdated. Operations ceased and a vast majority of the railways were destroyed by fire. However, at the Cape Cod Central Railroad, you’ll have the opportunity to see actual buildings from the West Barnstable Station, Gray Gables Station, and the Buzzards Bay Control Tower, the historic rail line traces the railway of the late eighteenth and early nineteenth century.

Book a Ride on the Polar Express on Cape Cod

Enjoy the holiday season and soak up the history of the railway with a ride on the Polar Express on Cape Cod this Christmas. Book now!train rides at Edaville Railroad

For other festive fun, take the whole family to see one of the many holiday shows playing at the local theaters on on Cape Cod. A great way to get the family in the holiday spirit is to enjoy the decorations and holiday light displays, such as the Cape Cod Children’s Museum Lights or the Giants of Sandwich. 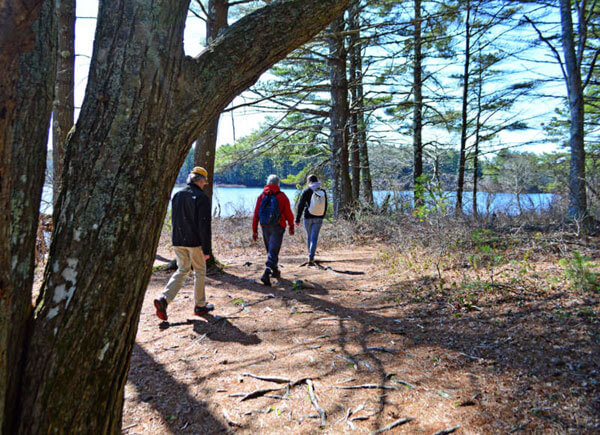 Looking for family-friendly activities during school vacation?   There are plenty of activities for kids on Cape Cod in the winter. 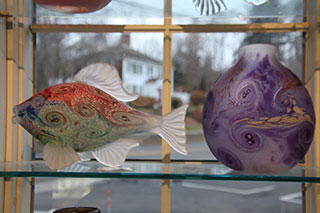 Shop Locally for the Holidays

When you shop locally for the holidays, it helps support the local economy of Cape Cod and keeps small local 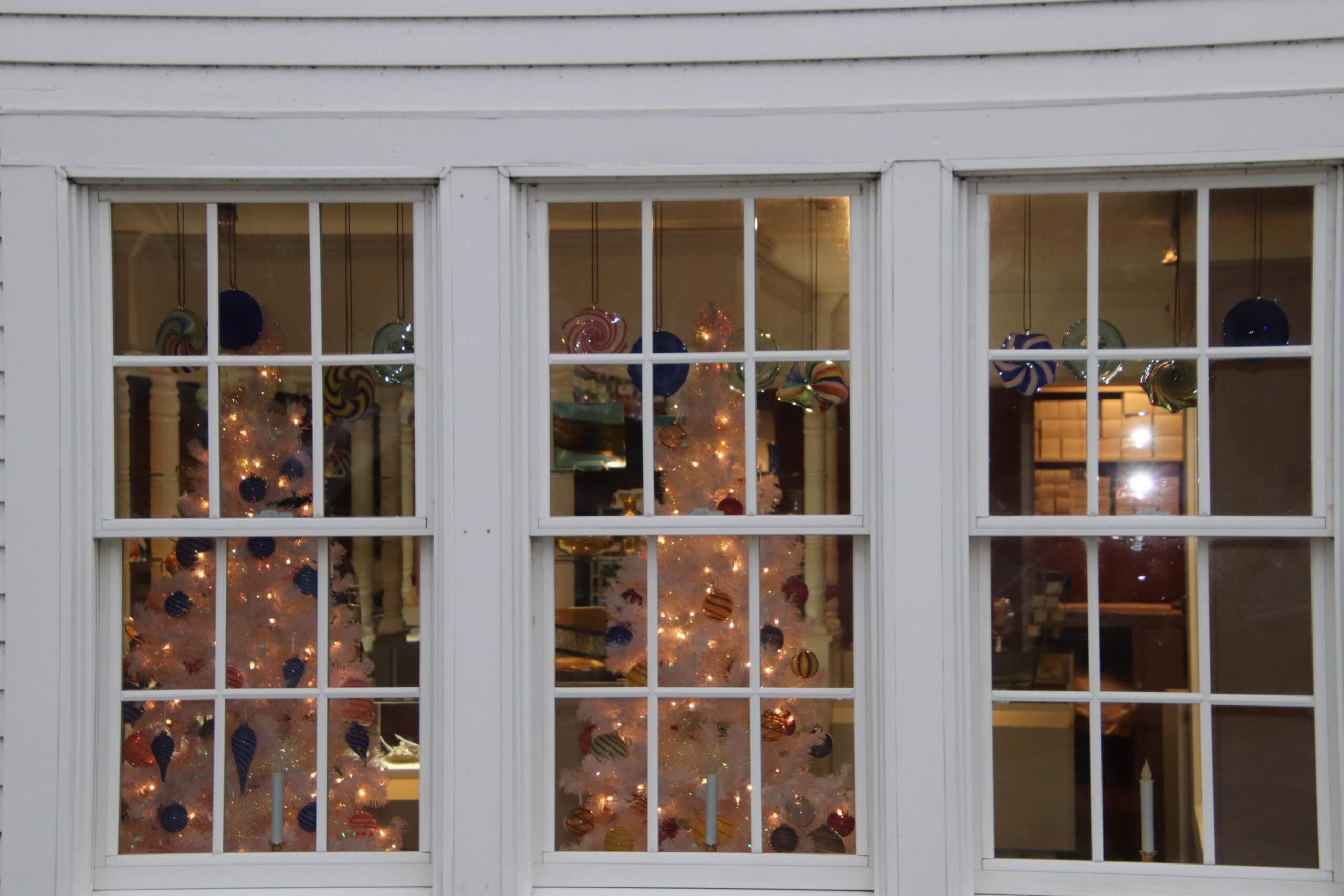 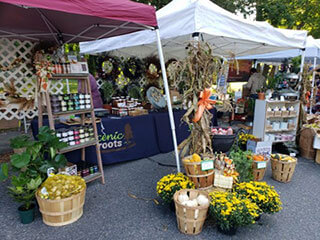