Time and Tides on Cape Cod 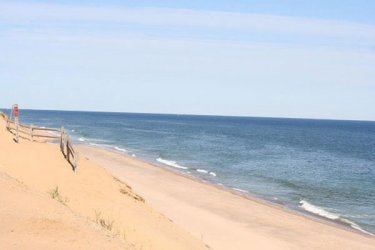 When planning a bayside beach day, it is wise to check the tides on Cape Cod, before loading your cooler and beach chairs in the car. If you are looking forward to swimming, kayaking, or paddleboarding in the calm, warm waters of Cape Cod Bay, you will want to be sure that the water will be there when you arrive at the beach.

High Tide, Low Tide, And the Pull of the Moon

The lunar day or tidal day is the time it takes for a specific site on the Earth to rotate from an exact point under the moon to the same point under the moon. The gravitational attraction between the moon and the Earth pulls the ocean waters toward the moon (high tide). As the moon rotates away from the same waters, the pull diminishes, and the waters recede (low tide).

Like most coastal areas, the high and low tides on Cape Cod happen every 24 hours and 50 minutes, the length of a lunar day. It takes six hours and 12.5 minutes for the water at the shore to go from high to low or low to high. The ebb and flow of the tide is as reliable a natural occurrence as the sun rising and setting each day.

What is the King Tide?

King Tide is a non-scientific nickname that describes the highest tides on Cape Cod for the year, naturally occurring when the sun, moon, and Earth align during a new or full moon. King Tides are used to track changes in high water levels and analyzed to determine areas of coastal vulnerability. These tides can be especially precarious when they coincide with coastal storms increasing the likelihood of flooding and beach erosion.

What is Neap Tide?

Neap tides occur when the sun, moon, and Earth form a right angle, causing the normal high tides and low tides of Cape Cod to be much lower than usual. The Neap Tides on Cape Cod create the most dramatic tidal flats, stretching over a mile from the shoreline on the Lower Cape beaches.

The Brewster Tidal Flats are the largest in North America

The tidal flats that run along the coastline of Cape Cod Bay are the largest in North America, extending some 9.7 miles along the shore from Brewster to North Eastham. In Brewster, at low tide, the water recedes over a mile revealing the habitats of hermit crabs, moon snails, soft-shell clams, quahogs, and some of Cape Cod’s finest oyster farms. On a clear day, visitors can see the outline of the Pilgrim Monument in Provincetown, located at the outermost tip of Cape Cod.

What is Red Tide?

A red tide occurs when certain types of algae that live in the water grow out of control. Sometimes this overgrowth can cause the water to appear red – hence the nickname, “red tide.”

Red tide algae blooms are naturally occurring, but when consumed by shellfish can cause Paralytic Shellfish Poison (PSP) which can cause illness or death in humans. When toxicity levels are high, shellfish beds are closed to fishing, which can devastate the livelihoods of local fishers and force restaurant owners to purchase higher-cost shellfish from out of state.

What is Kill Tide?

If you’re fond of the famous sand dunes and salty air on Cape Cod, you are likely to be familiar with that killjoy of glorious summer beach days, the Tabanus nigrovittatus, also known as the greenhead or horsefly. These notorious pests arrive on Cape Beaches with the spring tides. They pack a painful bite and have caused more than one beach lover to throw in the towel and leave the beach on a stellar day.

June through September is the peak season for greenhead flies. Greenhead density is at its highest during the last two weeks of July and the first two weeks of August. Cue the Full Sturgeon Moon and the Kill Tide.

The Full Sturgeon Moon (named for the giant sturgeon caught in the great lakes and Lake Champlain in late August) is a Supermoon. Supermoons are slightly closer to the Earth than a regular full moon, causing the gravitational pull to be stronger and the tides on Cape Cod higher.

The Sturgeon Moon causes a flood tide that drowns the greenhead fly’s larval pupae. This annual phenomenon is known as Kill Tide.

What a reason to celebrate! The annual Kill Tide Arts and Crafts Festival is held in Brewster at Drummer Boy Park. The festival features over 100 artisans selling their work along with culinary vendors offering herbs, jams, pastries, infused oils, and more.

The Steadfastness of the Sun, the Moon, and the Tides on Cape Cod

The constant, unyielding regularity and rhythm of the tides remind us to make time in our busy lives for the things that bring us joy. After all, time and tide wait for no one.

Our ancestors marked time by the sun, the moon, the stars, and the rolling sea. It is no surprise that for many, the trip over the bridge to Cape Cod carries a feeling of peace and freedom that keeps them returning year after year. So, find a beach, grab a blanket, sink your feet into the sand, and send your worries out with the tides on Cape Cod.