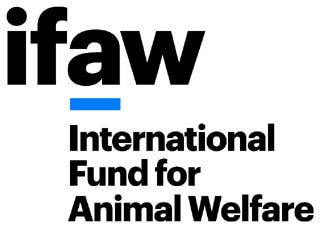 The International Fund for Animal Welfare (IFAW) is a global nonprofit, operating a variety of programs and initiatives in over 40 countries around

the world. With the goal of helping people and animals thrive together, their projects span animal rescue, rehabilitation, and release, habitat protection and restoration, and more.

Their international operations center is based in Yarmouth Port, and many of their projects are aimed at protecting marine life and habitats in the waters around Cape Cod. Cape-based projects include entangled seal rescue, saving the North Atlantic Right Whale, stranded marine mammal rescue and research as well as more global efforts aimed at preventing ship/whale collisions, entangled whale rescues, reducing ocean noise, and protecting animals in the aftermath of hurricanes.

Seals are getting snared in loose fishing gear, line, nets, and other debris. The entanglements range in severity but can kill the seals. Initial attempts to catch and detangle the seals on Cape Cod did not go well, as the wary animals would slip back into the sea and out of the rescuers reach. Working with partners on the west coast, IFAW has pioneered a new technique for rescuing the seals using precise dosages of sedatives. The rescues generally take about 45 minutes. If you can’t quite picture it, the IFAW has videos of Cape Cod seal rescues using sedation on its YouTube channel.

Right whales migrate along the East Coast each spring to their feeding grounds in the waters off of Cape Cod. The species is critically endangered with fewer than 400 individuals left and the species teetering on the edge of extinction. The whales were hunted historically and got their name as Steve

Nicholls’ Paradise Found: Nature in America in the Time of Discovery notes because they were the “right” whale to hunt because they floated after they were killed and provided a good source for oil and whalebone (baleen).
These days the right whale faces threats from ship strikes and entanglement in fishing gear, IFAW is working to build public awareness, push for regulatory change, and promote innovative solutions to the problem. They advocate for ropeless fishing gear, ship speed limits, and have worked with partners to develop a whale alert app for shippers to avoid collisions with the critically endangered species. They are also working to rescue entangled whales when possible.

Cape Cod is a global hotspot for stranded whales, dolphins, and other marine species. The hook shape of the Cape can trap animals and it is one of the few places where mass stranding events are common. Over the past 20 years, IFAW has been working to rescue these animals during standings and release them back into the wild. Their rapid response team has honed their technique to the point that 80% of stranded dolphins are successfully released into the wild. They’ve used data and temporary satellite tags to track the dolphins’ recovery, dispelling the notion that lone stranded dolphins are all sick and must be euthanized. They’ve also done amazing work to improve field health assessments and treatments. To assist in the cause, please report stranded marine mammals on Cape Cod call IFAW at 508-743-9548.