Tommy’s Place in Falmouth, opened their magical doors to its first vacationing family in July of 2021, fulfilling a dream come true to founder Tim O’Connell. The dream began back in 2007, after O’Connell had a vacationer cancel a week in his rental home on Martha’s Vineyard. He contacted what was then, the Floating Hospital for Children in Boston to ask if they might know of a family that needed a free vacation. Even though he gifted the vacation week, to the family of a young cancer patient named Grifyn, anonymously, the family sent heart-felt thank you notes through the hospital, telling him how much the week had meant to the Grifyn and his family.

This interaction with Grifyn’s family, left its emotional mark on O’Connell and his dream began to take root. When he purchased the former Elm Arch Inn, in Falmouth to begin its conversion into his dream vacation home for kids struggling with cancer, he found enormous support within the community.

When the house was finished, there was no Grand Opening for the community as O’Connell isn’t one for pomp and circumstance; he considered the best opening was for the first family to step over the threshold, “because that is the reason Tommy’s Place was created”. The house was named in honor of the Falmouth legend, Tommy Leonard, the founder of the Falmouth Road Race, who O’Connell considers an unsung hero, that deserved “a permanent home in Falmouth, a town he gave so much to”.

The reservation calendar of the 11-bedroom Falmouth location was quickly booked with children and their families, each getting a week in this dream vacation home, bringing family, friends, and caregivers with them. All recipients are referred by children’s hospitals in Massachusetts, Connecticut and Rhode Island. The only requirements are that they have a child between the ages of 3 and 17, currently struggling with cancer and that they reside in New England.

In the Business of Making Memories at Tommy’s Place

O’Connell, who personally greets each family as they arrive, says the magic of Tommy’s Place is seen in the kids’ eyes as they explore the themed rooms and all the thoughtful amenities and activities throughout the property, from the movie and game rooms to the swimming pool and basketball court. Many walls are covered with bright, colorful murals of sea creature, cartoon characters, and rainbows. There are also master beds rooms designed in calming tones and tranquil seascapes for the parents who need this week of respite as much as their children.

At the end of the week when O’Connell returns to Tommy’s Place to say goodbye to the parting families, they are many hugs and tears of gratitude. Many of the families reach out to O’Connell later after they leave or in the event of the child’s passing and share with him memories of their magical week. “That’s the business we’re in, making memories.”, O’Connell softly states.

To date Tommy’s Place has hosted 60 families. As the waiting list grew, O’Connell began searching for a second location. In June of this year, his dream expanded, supported by a generous million-dollar donation and an out-pouring of community support. Modestly O’Connell doesn’t take credit for the successful fundraising efforts that have taken the form of golf tournaments, car shows, road races, concerts and even an adult prom!

One of the simplest of ideas came from a kid, wanting to help the other kids with cancer, who made their own lemonade stand. The idea was picked up by Rockland Trust this summer, supplying lemonade stand kits to any child that wanted to help raise money for the cause. One of the past recipients of a Tommy’s Place vacation, wanting to give back had his own stand and single-handedly raised $4,000.

In June of 2022 Tommy’s Place was able to purchase the Old Fernbrook Inn on Main Street in Centerville, where currently local artists and artisans are once again donating their time and talents to quickly turn this into a second dream vacation home for the waiting families.

While many of the plans are understandably being kept under wraps, to ensure that visiting children have the excitement of the surprises that await them, you can be assured it will certainly be an equally magically experience as the original location. Filled with vibrant colors, murals, secret rooms, and passageways as well as the signature themed rooms to delight guests of all ages.

The waiting list for Tommy’s Place has grown to 65 kids with cancer and in need of respite, with more hospitals nominating patients as word spreads. When asked when the new Centerville home will be ready to accommodate them, O’Connell says that about 50% of the rooms already have sponsors for their renovation but he still needs more generous sponsors from the community to complete the project.

All those wishing to help this dream home open its doors to the waiting children and their families can go to Tommy’s Place to make a donation. For those interested in becoming a room sponsor or to pitch him a fundraising idea, you can also reach Tommy’s Place Founder Tim O’Connell directly at 617.799.5494 or seaport35@gmail.com 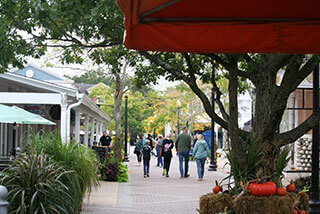 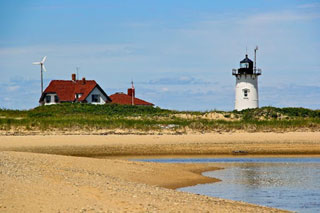 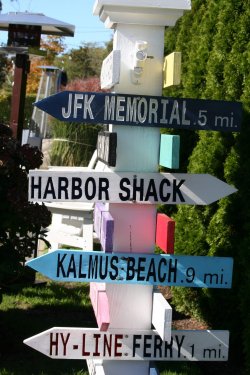