Skip to content
Home - Travel Tips - Is Cape Cod a Good Place to Vacation in the Winter?

Is Cape Cod a Good Place to Vacation in the Winter? 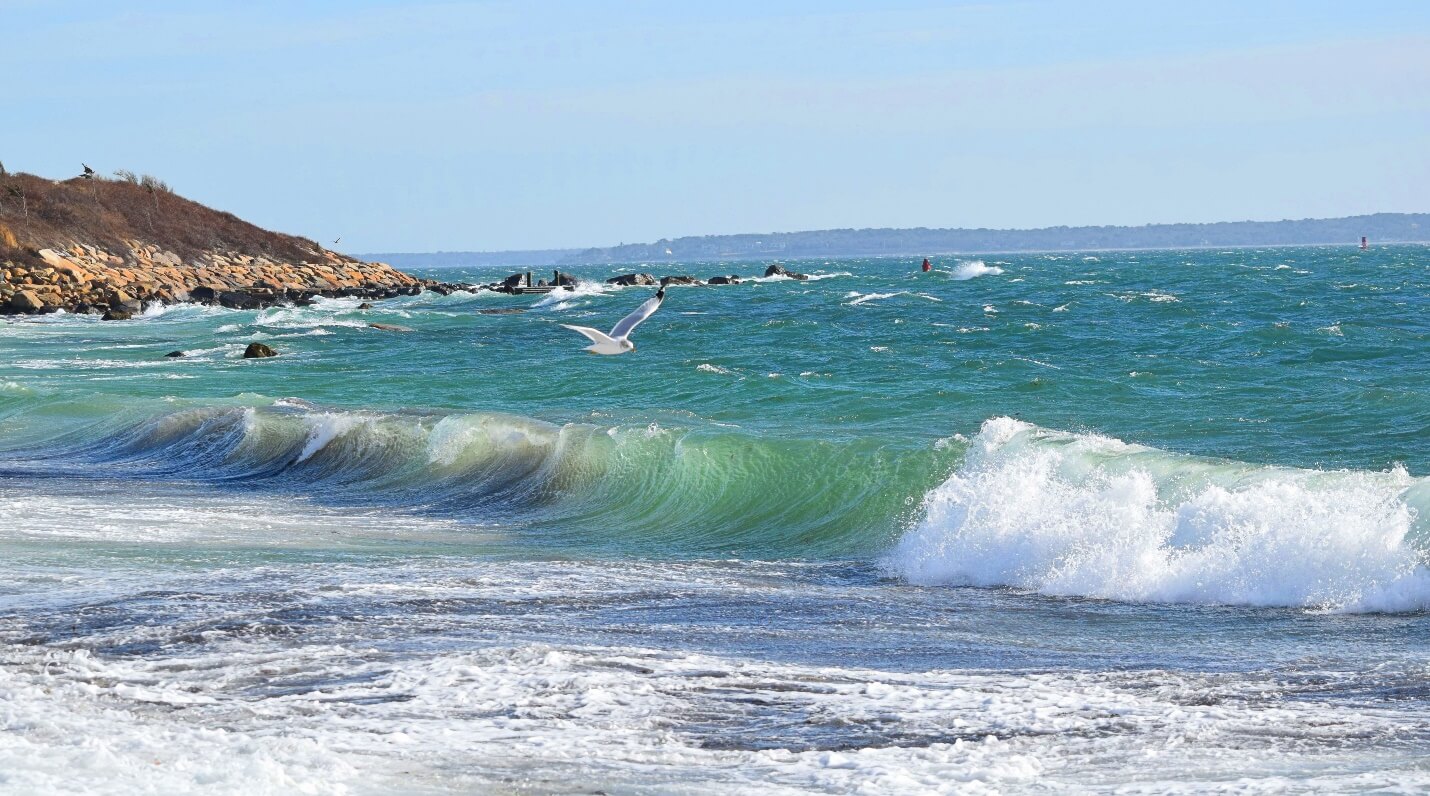 Cape Cod winters aren’t your typical Massachusetts winters–due to the Ocean, the weather here is warmer.

Winter at Cape Cod is quiet and can be enjoyed outdoors at trails like the Cape Cod Rail Trail or the bikeway that lines the Cape Cod Canal, or indoors gallery or museum hopping in locations like Sandwich, Dennis, and Wellfleet. If you’re looking for a bustling environment with cheap hotel rates, Provincetown is the ideal place to stop by.

Read on to find out more about general winter temperatures, fun things to do, and scenic places to stay at Cape Cod during the cold months.

Winter at Cape Cod can be snow-laden during winter months, but cold days generally don’t hit below freezing point. Beaches are less crowded during the winter months and offer a picturesque spot to view the shoreline. Indoor activities like fine dining and museum-hopping are an excellent way to spend the time from December-March.

With the cozy glow emanating from windows and white snow lining the ground, Cape Cod towns give the comfort of quaint, magical little villages.

Beaches in the winter months look breathtaking, with snow covering the sands, and the view of the shoreline with boats floating in half-frozen waters is a sight to see.

Although the water is too cold to swim in for most people, you can enjoy a quiet morning strolling on the sands since beaches are usually empty during these months.

Apart from crisp breezes and occasional snow in December-March, weather in Cape Cod doesn’t usually get too chilly.

Winter in Cape Cod occurs from December-March, with temperatures ranging from 23-40 in January and February, 30-45 in March, and 29-43 in December. The majority of the days in December, January, and February may hit freezing point, but only 5-10 days per month go below this temperature.

Cape Cod temperatures are not very typical. This is due to the presence of nearby ocean waters that regulate the temperature of the land. The Cape is more temperate than nearby regions, which means it’s usually colder in the summer and warmer in the winter.

Often, you’ll have to pack up both winter and lighter clothes for the winter months. For example, January-March temperatures range from 23 up to 50 degrees. This means you’ll need to pack mostly for snowy as well as some warmer days.

December is chillier, and there are no warm days. So, winter gear for all these months–like gloves, waterproof jackets, warm coats, and sweaters–is a must.

Temperatures in Cape Cod seldom go below freezing point. For example, only January’s, in December-February may fall as low as 10 degrees.

Here is a list of the average number of days per month that the minimum temperature may hit 10, 20, and 32 degrees:

Things to do on Cape Cod in the Winter

It also has several bakeries where you can grab a warm snack and theaters like the Barnstable Comedy Club, one of the oldest theaters in America.

There are also museums, galleries, and lighthouses.

Let’s break down your Cape Cod winter activities one by one.

Enjoy a walk along the scenic Cape Cod Canal from Sagamore to Bourne bridge. Observe the boats that line the waters and the marshlands teeming with wildlife.

Take the Cape Cod Trail that winds through beaches and pastures, ending it with a steaming cup of hot chocolate at the Hot Chocolate Sparrow in Orleans.

Other walks at the Cape Cod National Seashore and along the quaint wintery markets in Chatham Main Street offer a lot in terms of the wonders of winter in Cape Cod.

Enjoy a bite at some of the Cape’s most exquisite bakeries–from Buckie’s Biscotti in Dennis to Hole-In-One Doughnuts in Orleans; you won’t run short on warm food in homely eateries.

3. Go to the Theater

Whether you go to the Mosquito Story Slam in Provincetown, where audience members share 5-minute personal stories, or the Water’s Edge Cinema to watch an art-house film, the Cape offers a variety of theaters to enjoy all over the town.

You can enjoy a day out with the kids, looking at pirate treasure at the Whydah Pirate Museum.

View the sparkling glass displays at the Sandwich Glass Museum, or visit the notable John F. Kennedy Museum that honors the president and his family through their photographs, films, and oral histories.

With museums on everything–from history to pirates to whales–, you can enjoy a day hopping from one to another. Nantucket Whaling Museum, Cape Cod Museum of Natural History, and the Woods Hole Science Aquarium are some other places.

Enjoy the many cultural events, shopping centers, and fine dining this place has to offer.

Provincetown is the heart of local artists. Experience the many art galleries in this cultural hotspot.

With the numerous galleries in Wellfleet lying in proximity on four main streets, it becomes easy to visit each one after the other.

If you want to experience the Cape in its entirety, visit all the lighthouses in each of its towns.

Drive from Hyannis to Truro to spot the Nobska Light in Falmouth all the way to the Race Point Lighthouse in P-town.

Cape Cod is a hub for historical sites and objects.

Sandwich is the oldest town on the Cape and has an Antique Center which houses relics from the ancient days.

The Antiques Center of Yarmouth also offers trinkets that you can admire and learn more about.

You could choose to run a mile to warm yourself in the chill or take the easy way out with a beer at some of Cape Cod’s breweries.

Enjoy a hearty swig at Cape Cod Beer in Hyannis or attend a special event–topped off with a drink–at Cisco Brewers in Nantucket or the Hog Island Brewery in Orleans.

Where to Stay During the Winter in Cape Cod

Provincetown is the best place to stay if you’re looking for affordable accommodation, a lively atmosphere, and year-round dining locations.

The High Pointe Inn in Barnstable is in proximity to many towns like Hyannis and Chatham, which are only a short drive away.

This cozy B&B is located in the heart of the Cape and offers convenient access to towns like Hyannis and Chatham.

The meals are healthy farm-to-table breakfasts and succulent three-course dinners.

This hotel stays open on weekends all year, which means it’s the ideal getaway for short trips.

The hotel provides private access to part of the Old Silver Beach (Buzzards Bay), which is all the more charming because it’s less crowded in the winters.

To revitalize your skin from the wintery weather, you can visit the nearby Bellezza Salon Medspa in the old Falmouth village.

The Provincetown Hotel at Gabriel’s

Provincetown offers a cheaper getaway during the off-season winter months.

You can find yourself enjoying a stroll down Commercial Street or taking in the ambiance at one of P-town’s year-round restaurants.

This Hotel is perfect for intimate vacations, with its jacuzzis and warm hearths to protect you from the outside cold. The place offers hot cider, cookies, and breakfast for a toasty night in.

This cute little guest house is also located in Provincetown.

Guests can delight in arts-related events, like theater or film viewings, and you also get to enjoy private dinner choices.

What is the Coldest Month on Cape Cod?

The coldest month on the Cape in January, with temperatures going as low as 23 degrees. Water temperatures during this month can be as low as 5.3 degrees, which is life-threatening to swim in. December is also cold, with land and water temperatures reaching a low of 26 degrees and 7 degrees.

Since the Cape’s weather is warmed by the Ocean in the winter and cooled in the Summer, it doesn’t get too cold or too hot year-round.

However, the Cape may experience some freezing days during the months of December-March.

January by far is the coldest month, and an average majority of its days hit the freezing point.

It has the most days out of all the winter months whose temperatures drop as low as 20 degrees Fahrenheit.

Whether you decide to enjoy a brisk walk along with the striking views of the towns that border Cape Cod Canal or follow a winding trail through quiet beaches ending with a hot drink at your favorite cafe, there’s something for everyone at Cape Cod.

If you’re an indoor person, you can enjoy many of the bakeries and museums that Cape Cod offers, while outdoorsy folks can visit the happening P-town or the lighthouses scattered around the Cape.

With gorgeous snows that turn the Cape into a real-life Winter Wonderland, this is the ideal place to plan that winter vacation you’re so looking forward to.